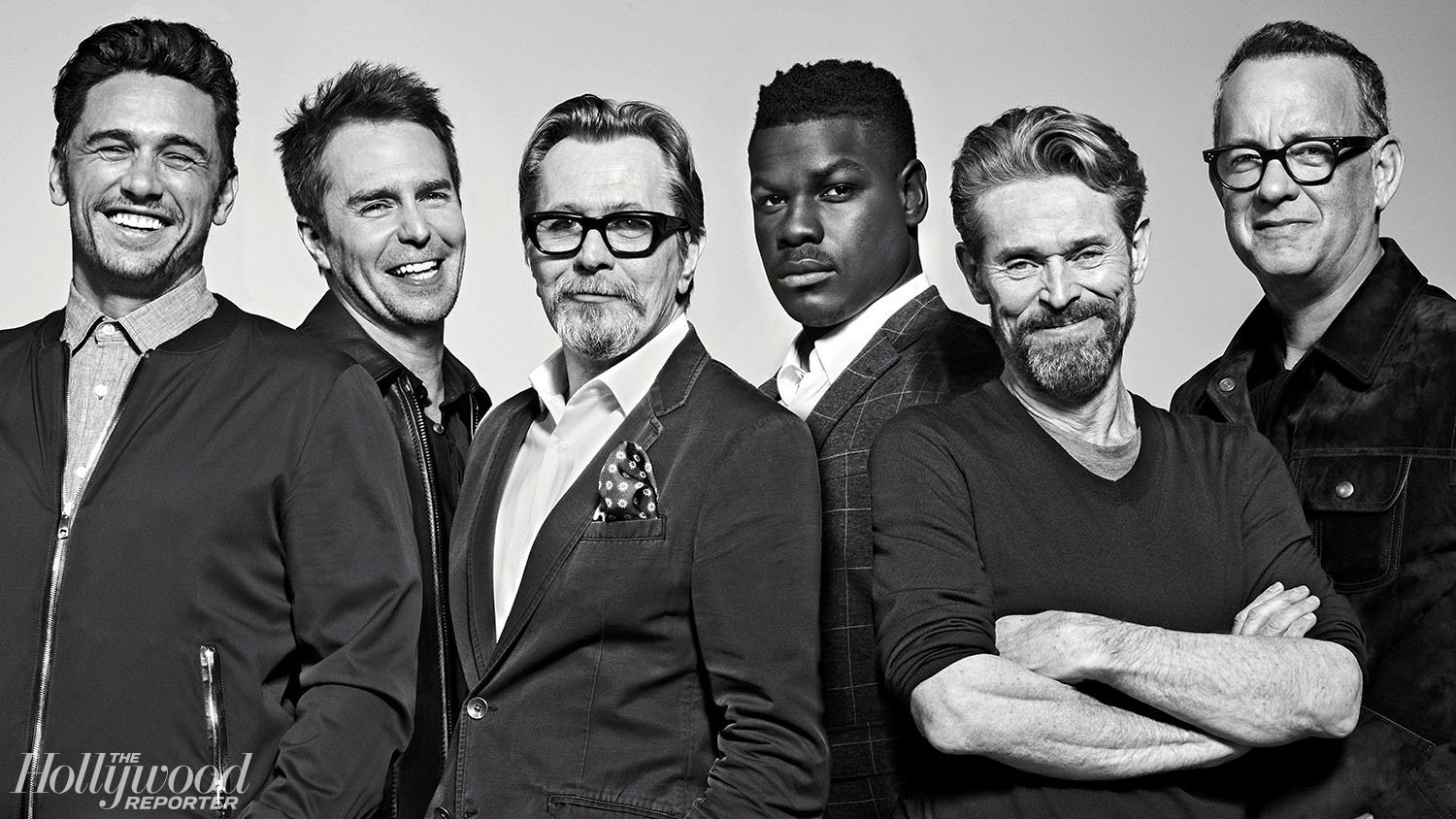 By BSEAdmin December 4, 2017 No Comments

Six of the season’s top stars — including actors Tom Hanks, James Franco, John Boyega, Gary Oldman, Sam Rockwell and Willem Dafoe — sound off on everything from dealing with nerves (“I’ve worked with people who vomit every night”) to fending off aggressive suitors (“There are predators absolutely everywhere”).

Actors are used to pretending they’re other people. But what if they were able to switch lives, or at least jobs? “[I’d do] some brand of daily journalism, like a column,” says Tom Hanks, 61, who plays legendary newspaper editor Ben Bradlee in The Post. “Goings-on about town, that kind of thing. I’d like that.”

James Franco (The Disaster Artist), 39, also likes writing, which he has done in numerous forms. John Boyega (Detroit), 25, opts for architecture; Willem Dafoe (The Florida Project), 62, for being a cook or a farmer; Gary Oldman (Darkest Hour), 59, for continuing his offscreen passion: “My hobby is 19th century wet-plate photography. I could do that until the end of time.” But Sam Rockwell (Three Billboards Outside Ebbing, Missouri), 49, says he has no other options, except “pumping gas. I got no plan B. I don’t have any skills, man.” Read the article and watch videos of each actor’s comments at The Hollywood Reporter.

Jackie Chan – How to Do Action Comedy