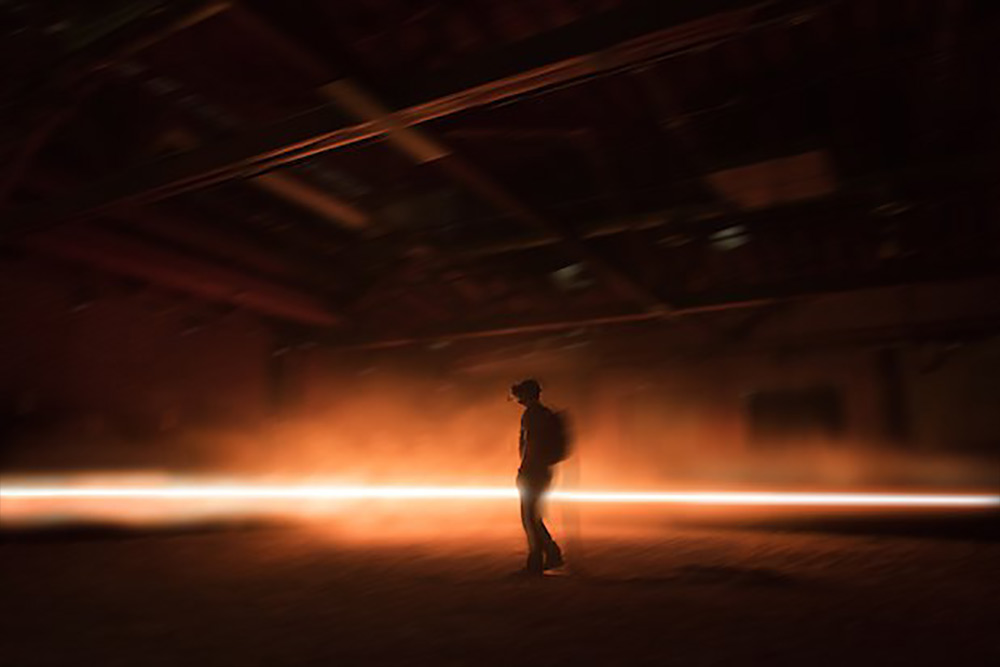 Shot by Emmanuel Lubezki, “Alejandro Inarritu’s VR Experience Carne y Arena” shakes up Cannes viewers. The installation is designed not to show off the technology, but to touch viewers emotionally.

Alejandro G. Inarritu and Emmanuel Lubezki are making a splash in the world of virtual reality with their VR installation “Arena y Carne (Virtually Present, Physically Invisible)” but the Oscar-winning director and cinematographer are also playing hard to get at the Cannes Film Festival. Although the work is part of the official selection, the first VR experience to make that prestigious cut, it is playing not in the Palais or elsewhere along the Croisette, but in a warehouse space 15 minutes west of town, near the small Aeroport Cannes Mandelieu.

The purpose of the installation, said Inarritu in a statement introducing it, is to “experiment with VR technology in order to explore the human condition while finding a personal way to represent it.” The people around you in the virtual desert are not actors playing roles — they’re men and women who really made the dangerous border crossing and are recreating their real experiences… Read the article at The Wrap.

Alejandro González Iñárritu is a Mexican film director, producer and screenwriter. He is the first Mexican director to be nominated for the Academy Award for Best Director and the Directors Guild of America Award for Outstanding Directing, for Babel (2007).