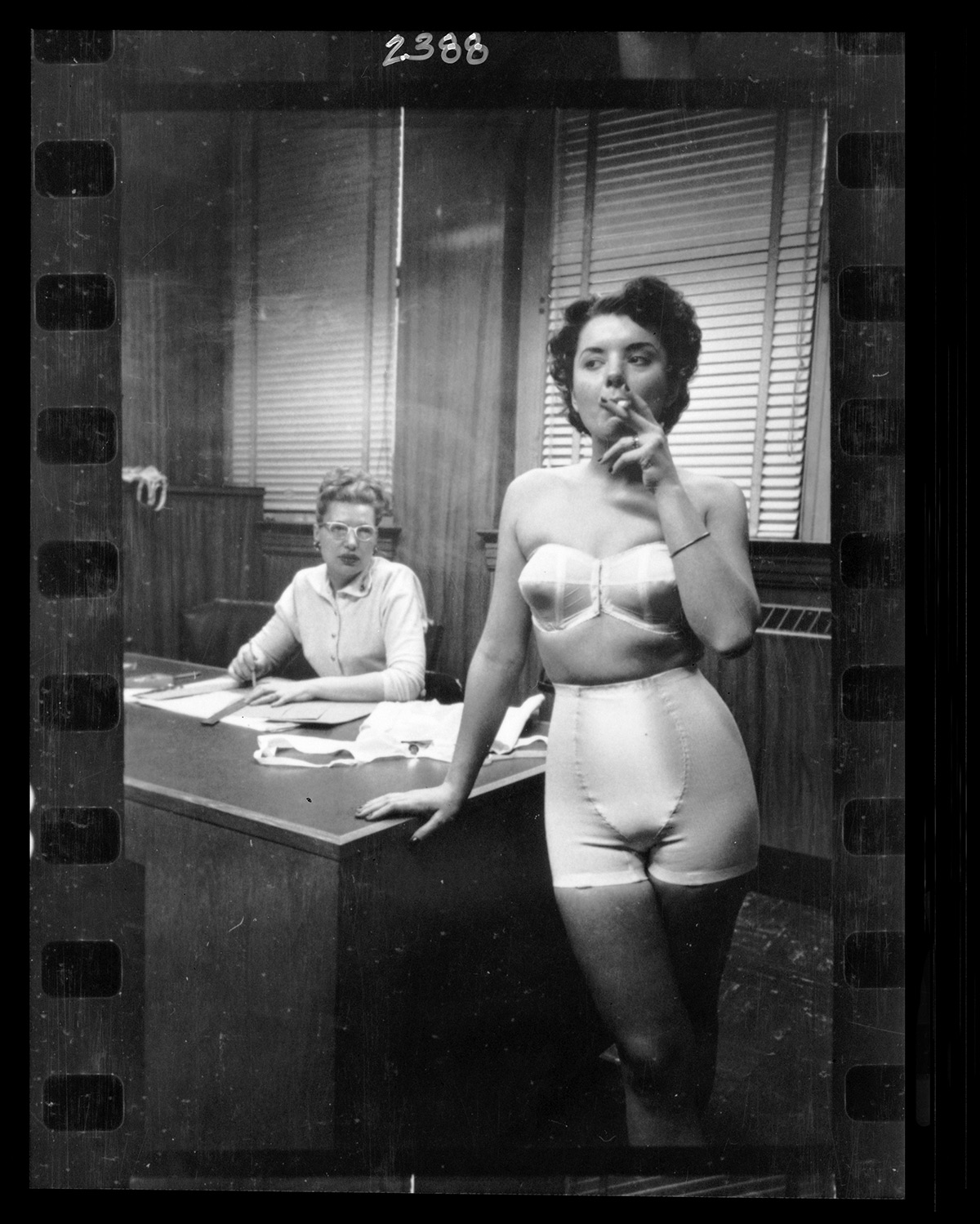 Rian Dundon explores how the photographs of a young Stanley Kubrick show why he became a great director. From office lingerie models to Chicago street scenes, his camera caught it.

The best filmmakers are often photographers. But not every snap shooter can translate their vision to the silver screen. It takes a certain type of seeing—finely attuned to to the play of narrative and structure, character and scene—to make cinema. Still, photographs are to a feature film like rough notes are to the polished novel. But Stanley Kubrick was making moving pictures long before he could have known where it might take him.

The young Kubrick got hooked on pictures at the age of 13 when his father gifted him a Graflex camera. A precocious teenager, Kubrick would shoot photo stories in his neighborhood and at school, where he served as the official class photographer. Weegee was an early influence, and we can see the legendary Naked City photographer in Kubrick’s closeness and characters, if not his subject matter. Read the article at Timeline.

Stanley Kubrick was an American film director, screenwriter, producer, cinematographer, editor, and photographer. He is frequently cited as one of the greatest and most influential directors in cinematic history. His films, which are mostly adaptations of novels or short stories, cover a wide range of genres, and are noted for their realism, dark humor, unique cinematography, extensive set designs, and evocative use of music.

Kubrick displayed a keen interest in literature, photography, and film from a young age, and taught himself all aspects of film production and directing after graduating from high school. After working as a photographer for Look magazine in the late 1940s and early 1950s, he began making short films on a shoestring budget, and made his first major Hollywood film, The Killing, for United Artists in 1956. This was followed by two collaborations with Kirk Douglas, the war picture Paths of Glory (1957) and the historical epic Spartacus (1960). Read more at Wikipedia.