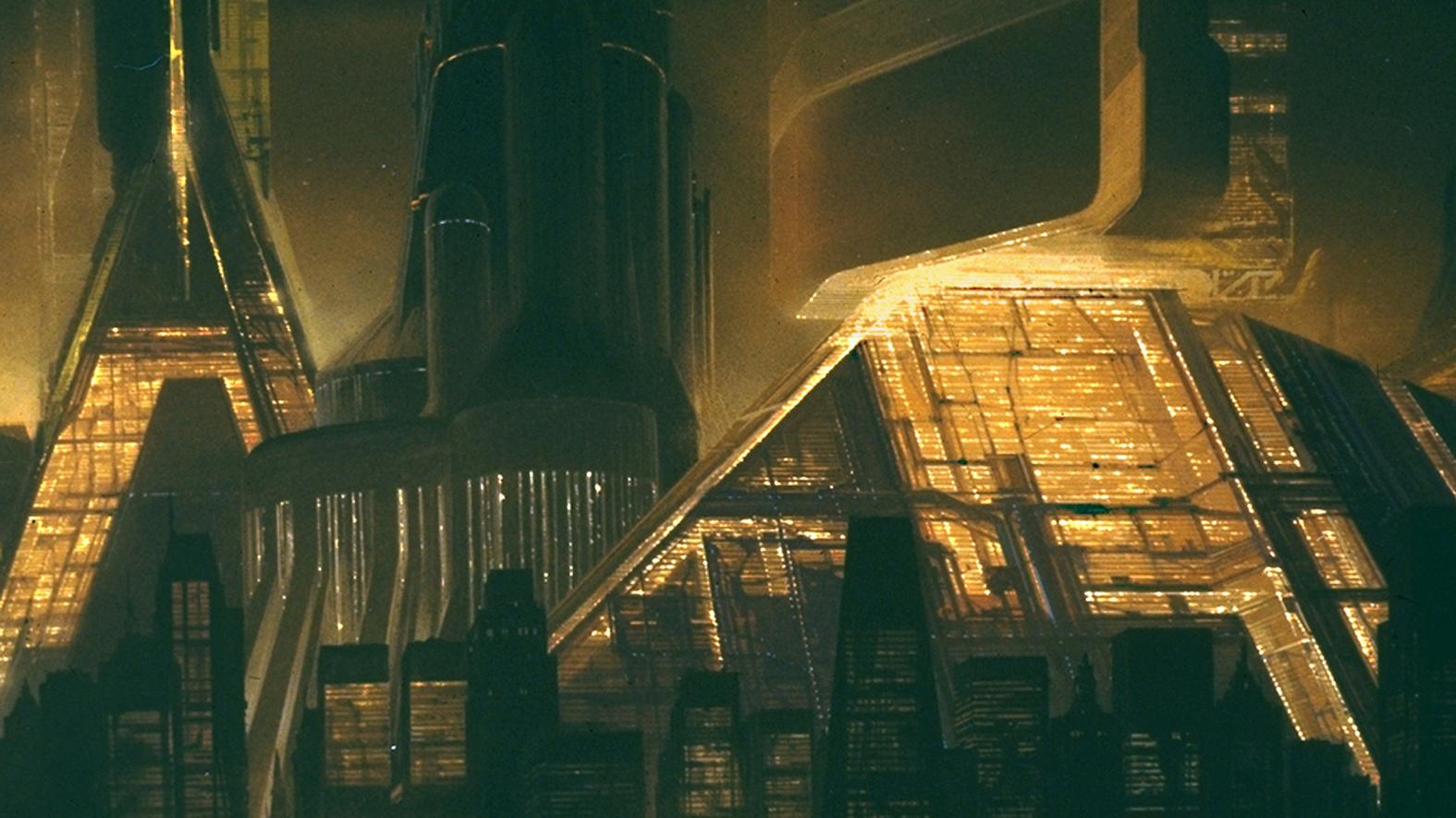 Designer Syd Mead on the cult of Blade Runner and the Michael Jackson theme park that never came true.

Syd Mead is an iconic name in “future design‚” so celebrated that he has transcended designer status to be considered a visionary. Throughout his career he has demonstrated a mastery of the balance between fantastical creativity and real-world pragmatism: he has been involved with plotting the look and feel of the next generation of pretty much everything‚ from toasters to luxury yachts to presidential airplanes to theme parks‚ and even entire worlds for some of the biggest sci-fi movies of all time‚ most notably Blade Runner. In 2014 Syd was inducted into the Society of Illustrators Hall of Fame. Read the article at Vice.

Sydney Jay Mead, commonly Syd Mead, is a prolific and influential American “visual futurist”, industrial designer and a neofuturistic concept artist. He is best known for his designs for science-fiction films such as Blade Runner, Aliens and Tron. Of his work, Mead was once moved to comment: “I’ve called science fiction ‘reality ahead of schedule.'”His works, many of which are critically acclaimed and highly regarded, have led to Mead being called “the artist who illustrates the future”. Read more at Wikipedia.