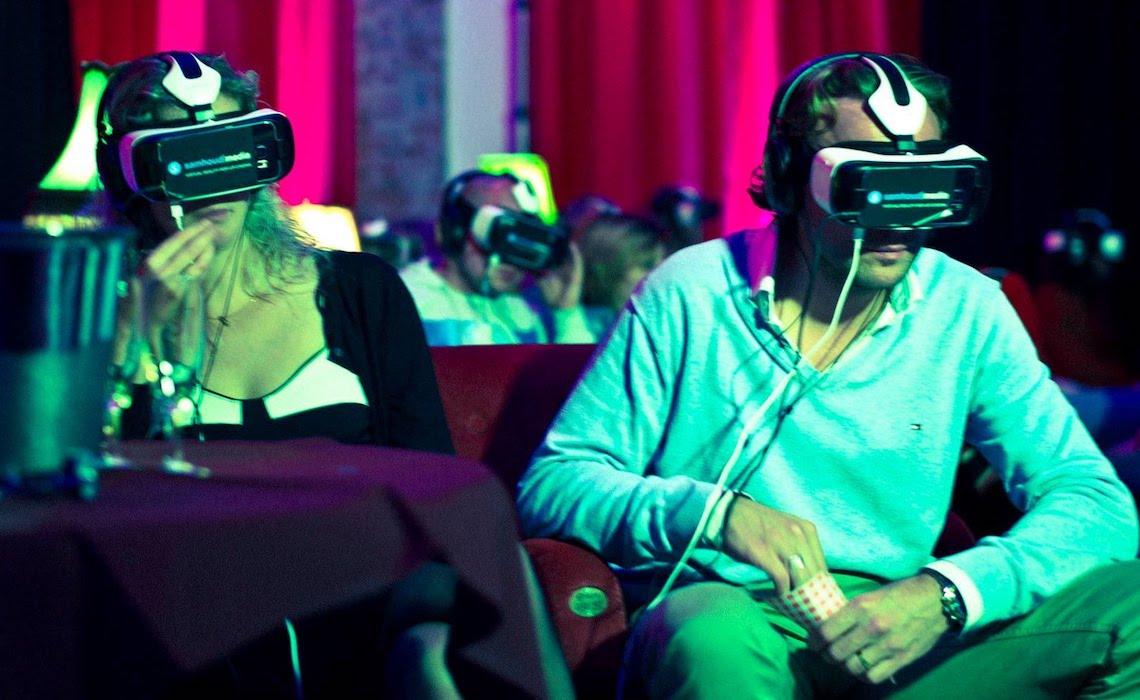 David Bloom explores the trends, possibilities and potential of the communal entertainment experience in “Can Movie Theaters Find a Place In the Virtual Reality Future?”

In the year that Netflix, ESPN, and Amazon won their first Oscars and a little-seen film about a gay African-American teenager (eventually) won Best Picture, the industry that runs movie theaters is busily trying to figure out how to remain relevant.

What the industry comes up with matters quite a lot. The National Association of Theater Owners (NATO) says there were nearly 41,000 movie screens in the U.S. and Canada in 2016, about double the total of 30 years earlier and the most ever. That’s a lot of real estate, and jobs, tied to a business that last year generated $11.3 billion in domestic box-office receipts.

In part, that still-hefty number is thanks to a 49% jump in average ticket prices since 2002, making up for a 16% decline in ticket sales. And most of the recent growth worldwide has been overseas, which now generates about three-fourths of film-industry revenue. Growth is particularly stout in China, where theaters are still being built at a brisk clip. And Chinese money, especially from Dalian Wanda, has been a major source of investment capital as several U.S. theater chains have been bought, consolidated and upgraded.

That was somewhat less the case last March, when former Napster founder and Facebook midwife Sean Parker announced a plan to launch his latest industry disrupter, called Screening Room. It would charge users $150 for a specialized box, which would allow users to pay another $50 to stream a movie at home on the same day it released in theaters. The price also included two tickets to watch the same movie in a theater. That latter move was a sop that reduced some exhibitor concerns about cannibalization of its only market. Read the complete article on TubeFilter.