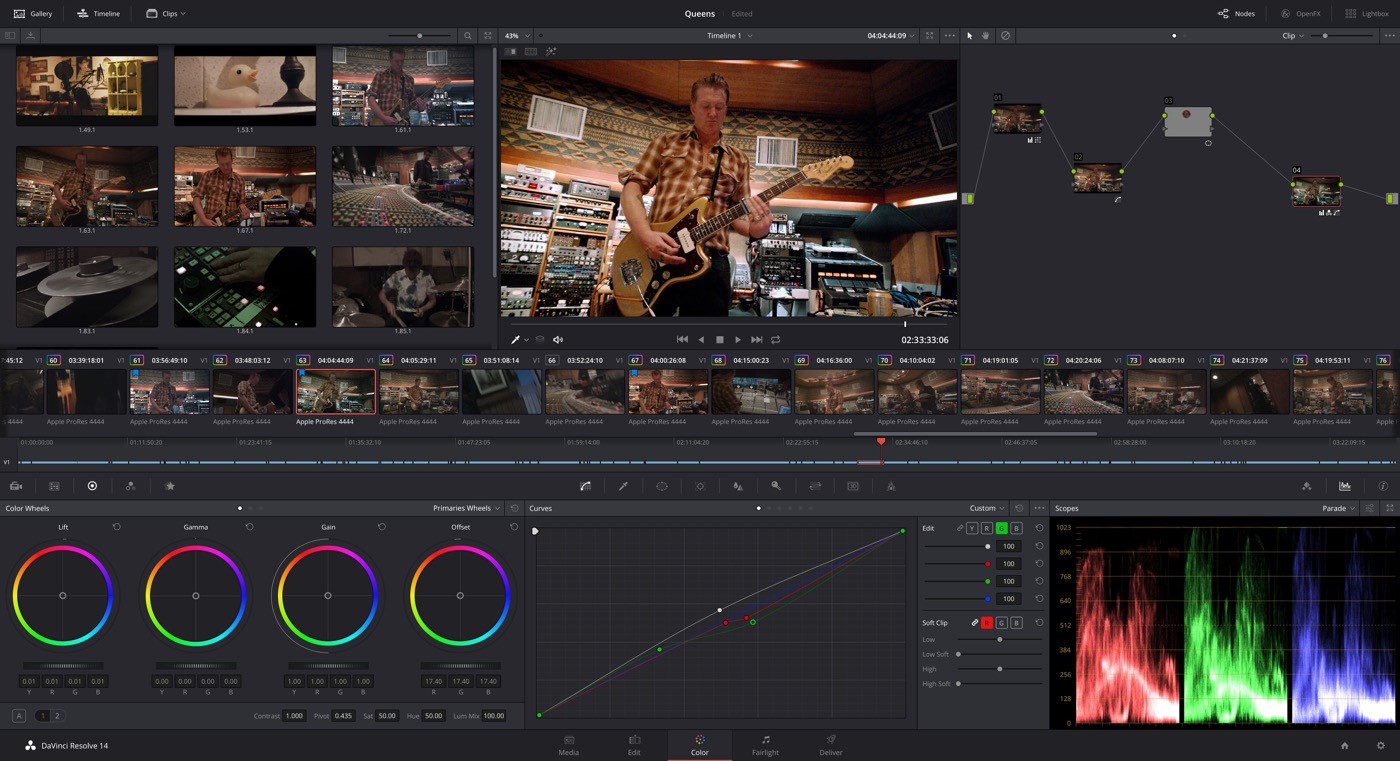 By BSEAdmin September 8, 2017 No Comments

Perhaps the single most powerful post-production tool that has emerged in the past few years is Blackmagic Design’s DaVinci Resolve. You may have heard of DaVinci Resolve as a color grading tool—it has a strong pedigree in color, and about a decade ago, you only would have seen it inside high-end post-production houses and finishing facilities, replacing the color timing workflows for film with cutting-edge digital intermediate workflows.

However, it’s also great for syncing audio, preparing dailies, conforming, and in the past few years, has even started to offer tools for editing and sound mixing. The sound mixing tools are brand new, so the industry hasn’t adopted them widely yet, and the editing tools aren’t yet as robust as what you’d see from Apple, Adobe, or Avid, but they’ll suffice in a pinch. This whole collection of tools, together, makes Resolve one of, if not the most powerful tool in post-production… Read the article at Frame.io

Color Grading Footage in After Effects with Lumetri