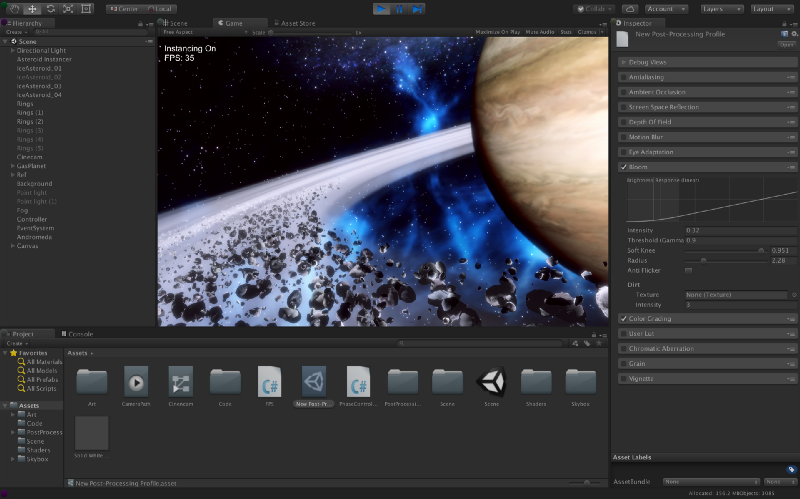 The VR age is rapidly approaching. When the world’s largest tech companies (Google, Facebook, Microsoft, Apple) are investing billions into the development of VR technologies, you know something big is on the horizon. Experts say that this VR revolution will be bigger than the advent of the mobile phone, and the first company to create a consumer VR product that is adopted by the masses will win big. Really big.

So why should designers care about “Designing for VR”?

Designers should care about designing for VR because the market that has provided them with reliable work over the past few decades and is about to shift towards a new paradigm of immersive 3D content. Sound, touch, depth, and emotion will all be integral to the VR experience, making even the most novel 2D screen experiences feel boring and dated. Read the article at Prototypr.

Immersive design describes the activity of a new generation of designers who work inclusively across all story-driven media, from film and interactive media to live audience environments. Immersive designers deal simultaneously with virtual and dimensional environments and who and what they contain; and with time-based narrative and story space.

Alex McDowell coined the phrase ‘immersive design’ in 2007 in order to frame a new discussion around a design discipline that uniquely addresses story-based media within the context of digital and virtual technologies. Together McDowell and museum director Chris Scoates co-directed 5D | The Future of Immersive Design conference in Long Beach 2008, laying the groundwork for immersive design to be a distinct design philosophy and thus be subject to wider scrutiny, development and promotion. Read more at Wikipedia.