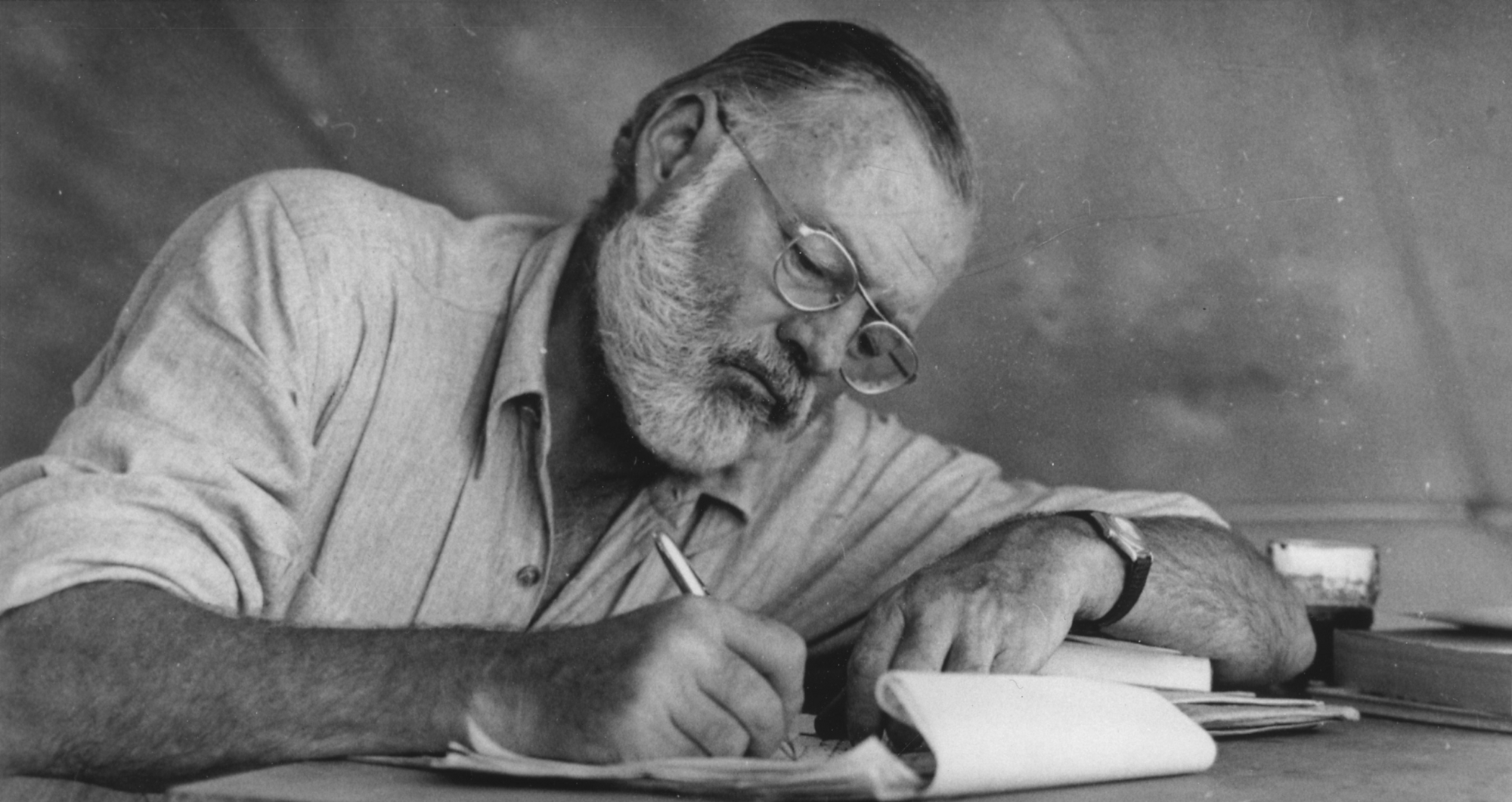 Is writing only about talent…? Charles Chu explores “Ernest Hemingway and The Art of Talented Writing”…

When I hear people say “I’m not talented”, this is what they sound like in my head: “I’m not good enough, and I’m too lazy to figure out why. To make myself feel better, I will blame it on talent.”

The word “talent” is a smoke bomb. Say you have two tennis players, Sarah and Britney. The girls both started at age 10, both spend 4 hours a day practicing, and both have the same coach. Yet, Sarah always loses to Britney.

Why? Britney is more talented. Convincing? Not to me. There are hundreds of potential reasons for Britney’s success. Strength. Power. Confidence. Stamina. Motivation. We don’t know what makes success happen, so we freeze and say, “Oh, Britney is talented.” Talent = “I don’t know”.

The same thing happens in writing. Here is Hemingway on the qualities of a great writer:

“First, there must be talent, much talent. Talent such as Kipling had. Then there must be discipline. The discipline of  Flaubert. Then there must be the conception of what it can be and an absolute conscience as unchanging as the standard meter in Paris, to prevent faking. Then the writer must be intelligent and disinterested and above all he must survive. Try to get all these in one person and have him come through all the influences that press on a writer. The hardest thing, because time is so short, is for him to survive and get his work done.”

Everywhere I look, I see writers preaching the same gospel: Hard work helps, but you’ve got to have talent. This doesn’t satisfy me. I want to know what’s going on behind the smoke screen. What makes a Hemingway, Kipling or Flaubert? Is it a bad childhood? Hard work? Their breakfast cereal?

The first decent answer I found was… Read the more on Better Humans.

Ernest Miller Hemingway was an American novelist, short story writer, and journalist. His economical and understated style had a strong influence on 20th-century fiction, while his life of adventure and his public image influenced later generations. Hemingway produced most of his work between the mid-1920s and the mid-1950s, and won the Nobel Prize in Literature in 1954. He published seven novels, six short story collections, and two non-fiction works. Additional works, including three novels, four short story collections, and three non-fiction works, were published posthumously. Many of his works are considered classics of American literature. Read more on Wikipedia.