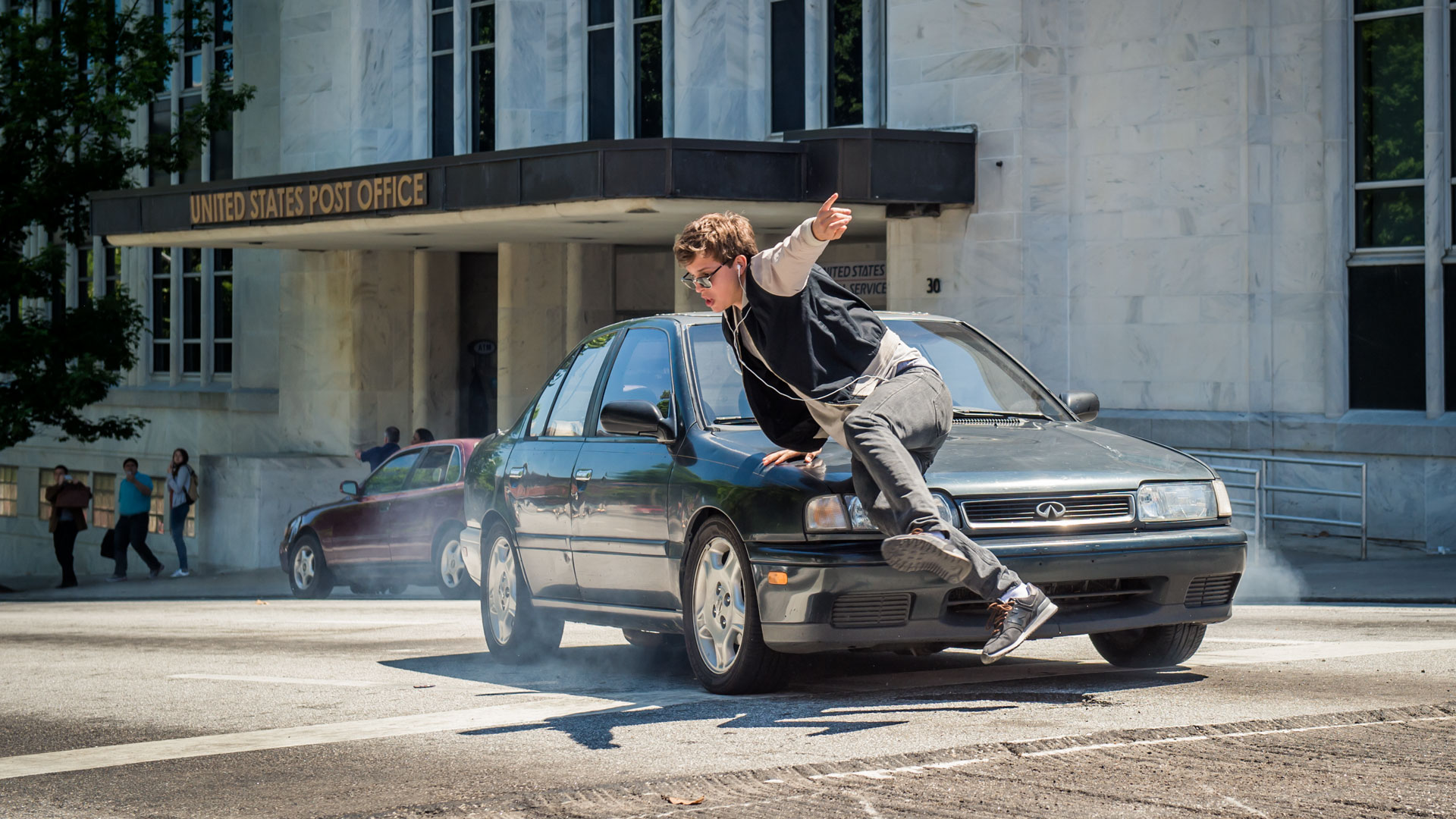 Film editor Paul Machliss discusses how long-term planning, an Avid editor on set, and a killer playlist all put a new spin on an old-school heist movie.

Director Edgar Wright’s new Baby Driver brings a passion and intensity to the car chase that hasn’t been much in evidence since directors like Peter Yates (Bullitt) and William Friedkin (The French Connection) pioneered the style and substance of vehicular pursuit back in the free-wheeling 1960s and 1970s.

Even more remarkably, the film does it in the context of a romantic comedy, a heist picture, and a movie musical while developing a style all its own. The baby of the title is a good-looking kid named Baby (Ansel Elgort), a kind-hearted tough-luck case with a singular talent behind the wheel who falls in with the wrong kind of crowd as a getaway driver.

As you expect from this kind of film, when he tries to get out, boss Doc (Kevin Spacey) pulls him back in. What you don’t necessarily expect is the combination of wry humor and blistering action that gets the film from point A to point B. Most notably, the film is built around the idea that Baby gets his white-knuckle superpowers from music — he spends the entire film with earbuds in his ears or a cassette tape in the deck, letting the sounds flow through him like the Force flowing through a Jedi knight. There’s a love interest, a tragic backstory, and showdowns to spare — but nary a green-screen composite to be seen. Read the article at Studio Daily.

Paul Machliss is an Australian film and television editor. He has worked on TV series such as Black Books and The IT Crowd, as well as on Edgar Wright’s television series Spaced and feature films Scott Pilgrim vs. the World (2010) and The World’s End (2013).

Machliss got his start working as a gofer on Fast Forward, an Australian sketch comedy series. He went to work in a post-production facility, serving as a videotape librarian and operator. While at this job, Machliss taught himself how to use the company’s editing suite, allowing him to get a job editing advertisements and corporate videos. Read more at Wikipedia.