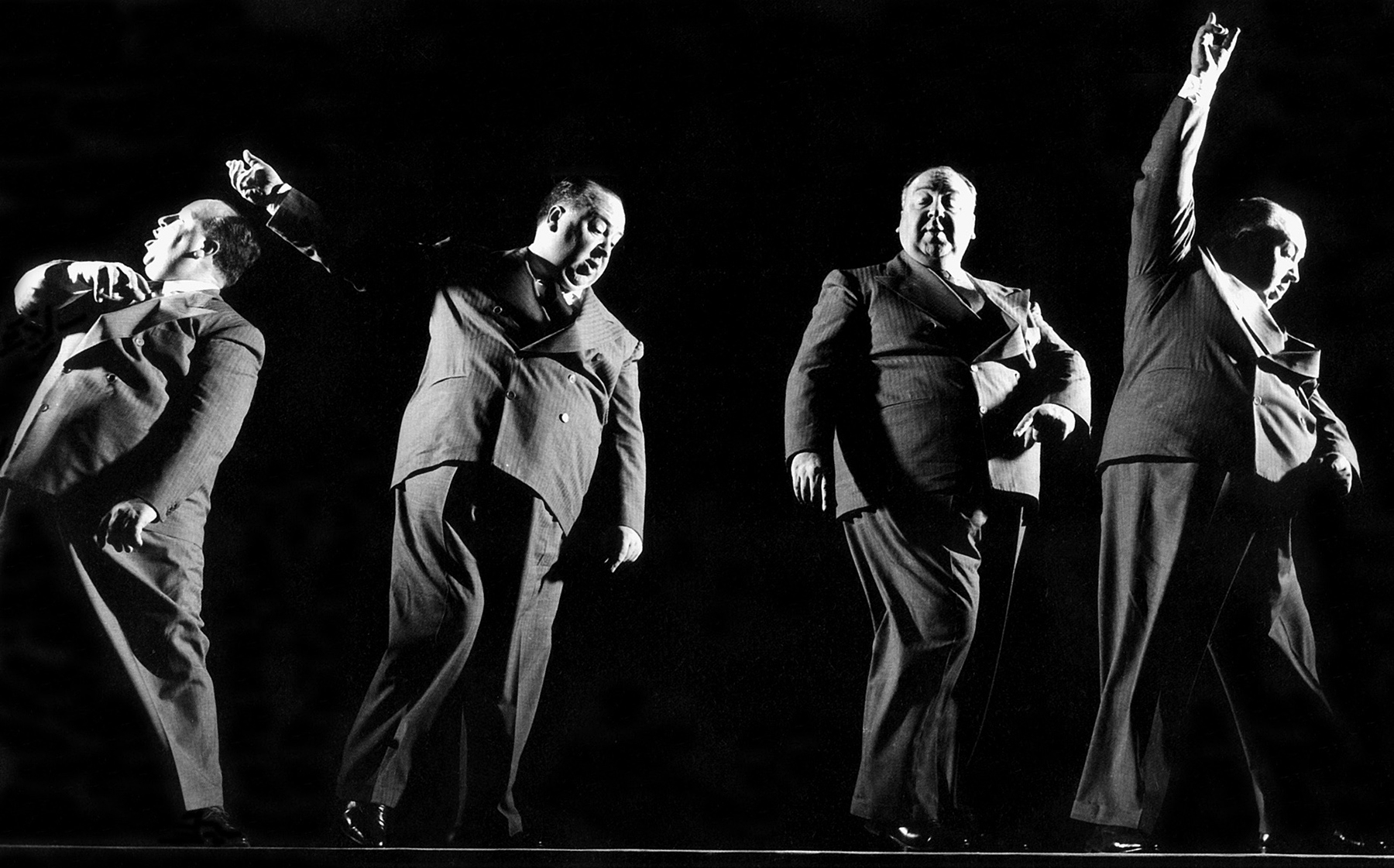 “Hitchcock Talks About Lights, Camera, Action” explaining some of his techniques and his methods of working with the director of photography and other key technicians in developing the visual approach to his films.

Long known as “The Cameraman’s Director,” the Master of Suspense regards himself as primarily a film technician, explains his methods of working with cinematographers, production designers and editors.

Charles Loring’s article entitled “Filming Torn Curtain by Reflected Light,” which appeared in the October 1966 issue of American Cinematographer, brought forth a tremendous response of interest from readers all over the world. They wanted to know more, not only about the cinematic techniques utilized in this particular picture, but about Hitchcock’s methods of working with cinematographers, production designers and editors in order to achieve the spellbinding results he consistently obtains on the screen.

There is perhaps no director in Hollywood better qualified than the “Master of Suspense” to discuss the precise integration of the various technical and dramatic elements that go to make up the cinematic whole. Read the article at American Cinematographer.

Sir Alfred Joseph Hitchcock KBE was an English film director and producer, at times referred to as “The Master of Suspense”. He pioneered many elements of the suspense and psychological thriller genres. He had a successful career in British cinema with both silent films and early talkies and became renowned as England’s best director. Hitchcock moved to Hollywood in 1939, and became a U.S. citizen in 1955.

Hitchcock became a highly visible public figure through interviews, movie trailers, cameo appearances in his own films, and the ten years in which he hosted the television programme Alfred Hitchcock Presents (1955–1965). He also fashioned for himself a recognizable directorial style. Hitchcock’s stylistic trademarks include the use of camera movement that mimics a person’s gaze, forcing viewers to engage in a form of voyeurism.

In addition, he framed shots to maximise anxiety, fear, or empathy, and used innovative forms of film editing. His work often features fugitives on the run alongside “icy blonde” female characters. In 1978, film critic John Russell Taylor described Hitchcock as “the most universally recognizable person in the world”, and “a straightforward middle-class Englishman who just happened to be an artistic genius”.

Hitchcock’s first thriller, The Lodger: A Story of the London Fog (1926), helped shape the thriller genre in film. His 1929 film, Blackmail, is often cited as the first British sound feature film, while Rear Window (1954), Vertigo (1958), North by Northwest (1959), and Psycho (1960) are regularly ranked among the greatest films of all time. Read more at Wikipedia.

How to Clean Up Audio in Premiere Pro in 30 Seconds

How to Clean Up Audio in Premiere Pro in 30 Seconds