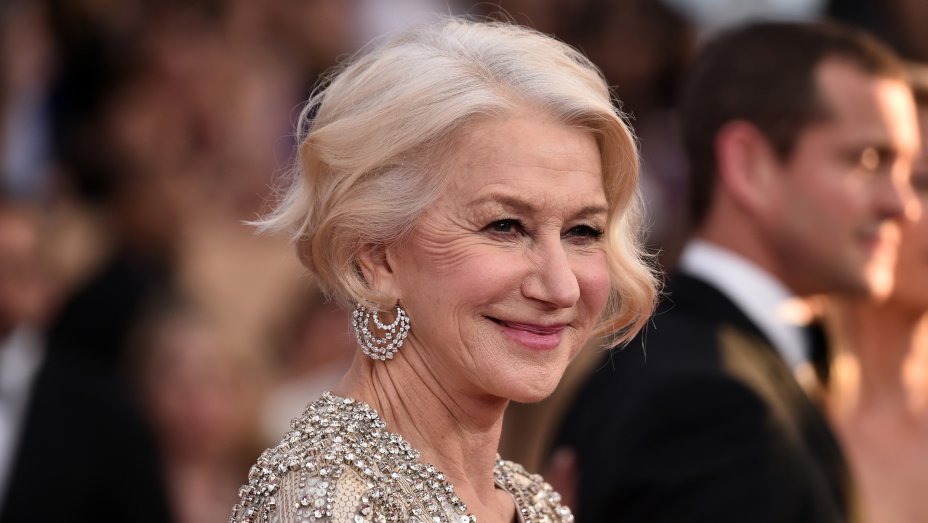 “There is a pressure mounting behind a dam, and I hope that that dam is finally bursting in terms of women directors and women-led dramas,” says Helen Mirren in an interview with The Hollywood Reporter.

Oscar winner Helen Mirren built her career on British television before Prime Suspect made her into a household name — and earned her the first four of 10 Emmy nominations.

Mirren is receiving a career honor, the Crystal Nymph award, for her small-screen work at the Monte Carlo TV Festival. It will join an ever-growing collection of accolades that includes Emmys, Golden Globes and, of course, her Oscar.

“They seem to be gathering here in London for some reason,” she says. “It will be a lovely addition.” Also on that shelf is a best actress prize from Monte Carlo for Elizabeth I a decade ago. Read the article at The Hollywood Reporter.

Dame Helen Lydia Mirren DBE – Helen Mirren – is an English actor. Mirren began her acting career with the Royal Shakespeare Company in 1967, and is one of the few performers who have achieved the Triple Crown of Acting, having won the Academy Award for Best Actress in 2007, after two previous nominations, for her performance as Queen Elizabeth II in The Queen. She received an Olivier Award for Best Actress in 2013 for her West End performance in The Audience, in which she also portrayed Elizabeth II, and in 2015 she won the Tony Award for Best Actress in a Play for her Broadway performance in the play. The Audience was written by Peter Morgan, who also wrote The Queen. Mirren won three consecutive BAFTA Awards for Best Actress between 1992 and 1994 and her first of several Emmy Awards in 1996 for her performance as police detective Jane Tennison on the British television series Prime Suspect, which ran for seven seasons between 1991 and 2006. Read more at Wikipedia.

Related: What Wonder Woman Means for Women in Hollywood