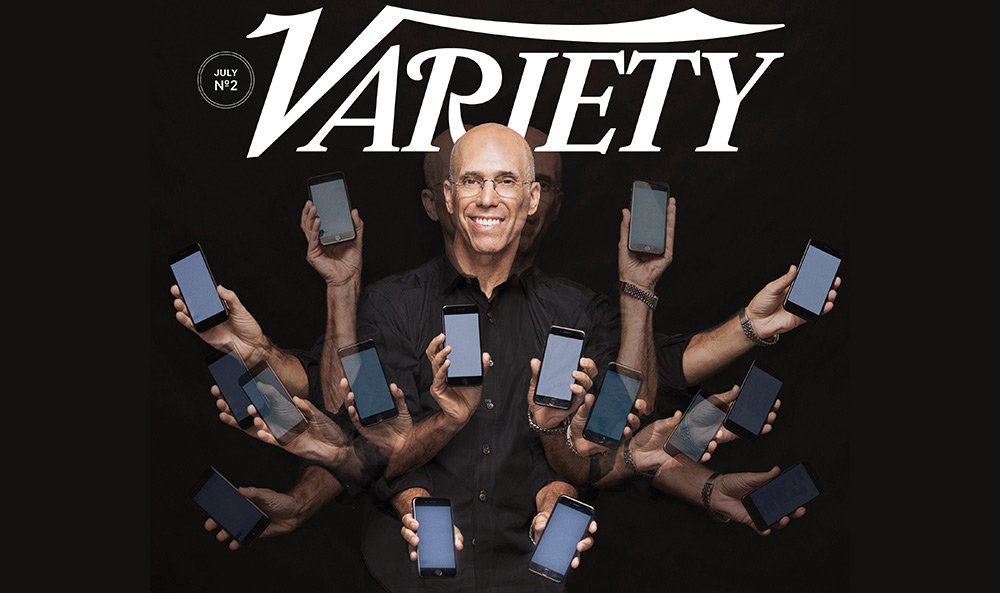 Jeffrey Katzenberg was spotted meeting with a wide range of power brokers from Apple’s Tim Cook and Eddy Cue to YouTube’s Susan Wojcicki to Verizon’s Lowell McAdam, Marni Walden and Tim Armstrong to discuss his plan to “Revolutionize Entertainment on Mobile”.

“Is this a gigantic undertaking? The answer is yes,” says Katzenberg in an exclusive interview with Variety in which he lays out the full scope of his plans to change the content for entertainment on mobile. “Is it bigger than DreamWorks? I hope so.”

Katzenberg’s plan involves nothing less than the creation of a whole new species of entertainment targeting 18- to 34-year-olds: short-form video series produced with budgets and production values you might expect from primetime TV, along with top-shelf creatives on both sides of the camera. For example, imagine a drama akin to “Empire” or “Scandal” but shrunk to 10-minute episodes made for mobile consumption. Or a five-minute talk show, or a two-minute newscast — all with high-profile talent attached.

If that weren’t enough to make this venture a ballsy gamble, Katzenberg has also been busy on his home court in Hollywood, where he’s… Read the article at Variety.

He became well known for his tenure as chairman of Walt Disney Studios from 1984 to 1994, during which the studio reinvigorated its live-action and animation divisions, as well as producing some of its biggest hits, including The Little Mermaid (1989), Beauty and the Beast (1991), Aladdin (1992), and The Lion King (1994). After departing Disney, he was a co-founder and CEO of DreamWorks Animation, where he oversaw the production of such animated franchises as Shrek, Madagascar, Kung Fu Panda, Monsters vs. Aliens and How to Train Your Dragon. He has since founded a new media and technology company called WndrCo. Read more at Wikipedia.