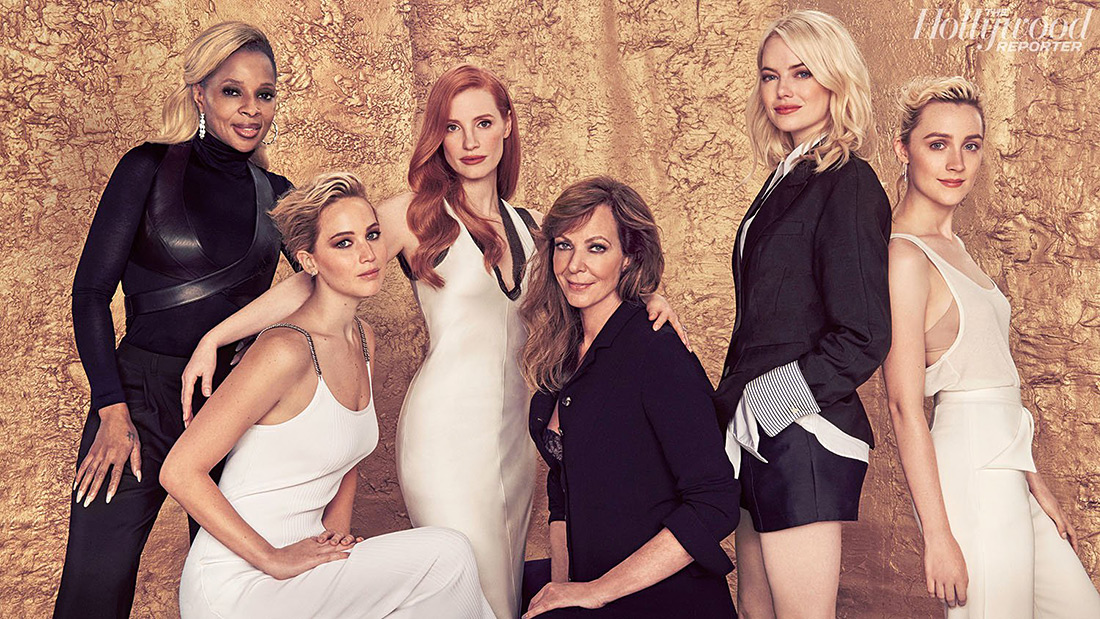 Six top actresses Jennifer Lawrence, Emma Stone, Mary J. Blige, Jessica Chastain, Allison Janney and Saoirse Ronan — open up about risky roles, harassment in Hollywood, and how the industry’s culture of abuse might finally be on the verge of change: “I feel hopeful because we’re not ignoring it anymore.” Jennifer Lawrence had some advice for recent New York transplant Mary J. Blige on acclimating to life in Los Angeles. “Just make friends with your neighbors, like I did,” Lawrence, 27, said to Blige, 46, before the start of The Hollywood Reporter’s annual Actress Roundtable, held in Hollywood. Watch more Close/Up’s and read the full article at The Hollywood Reporter.

The Hollywood Reporter (THR) is a multi-platform American digital and print magazine founded in 1930 and focusing on the Hollywood film industry, television, and entertainment industries, as well as Hollywood’s intersection with fashion, finance, law, technology, lifestyle, and politics.

THR was founded in 1930 by William R. “Billy” Wilkerson as Hollywood’s first daily entertainment trade newspaper. The first edition appeared on September 3, 1930, and featured Wilkerson’s front-page “Tradeviews” column, which became influential. Wilkerson ran the THR until his death in September 1962.

From the late 1930s, Wilkerson used THR to push the view that the industry was a communist stronghold. In particular, he opposed the screenplay writers’ trade union, the Screen Writers Guild, which he called the “Red Beachhead.” The column contained the first industry names, including Dalton Trumbo and Howard Koch, on what became the Hollywood blacklist, known as “Billy’s list.” Read more at Wikipedia.