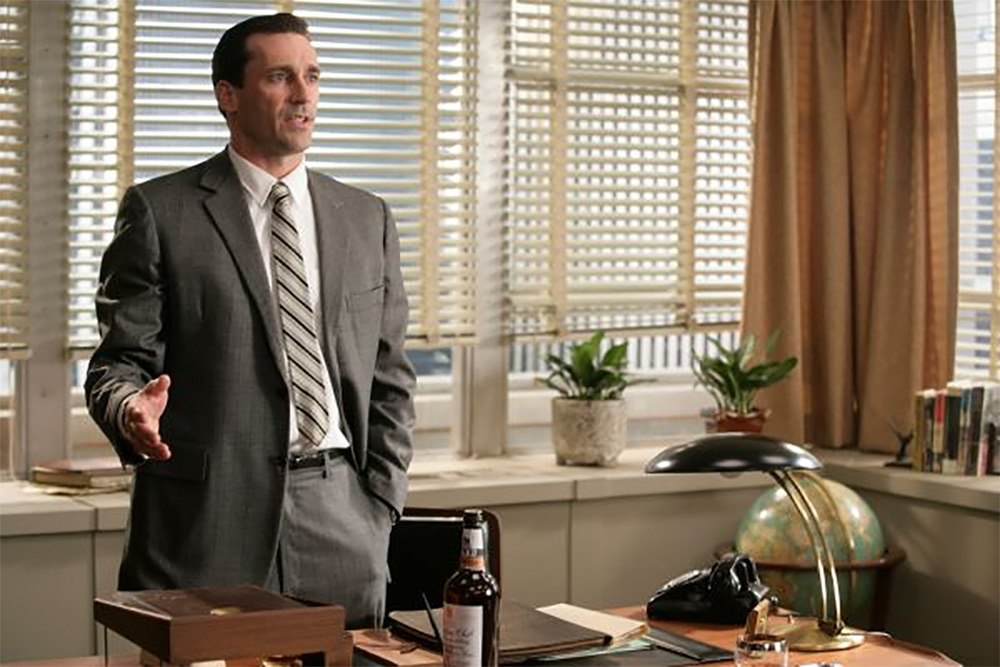 The name “Dick Whitman” isn’t uttered in the Mad Men pilot. The closest that first episode offers to a hint about Don Draper’s true identity is a brief moment while Don is napping in his office and he imagines the faint sound of gunfire and explosions from what will eventually be explained as his time in Korea.

Dick’s name wouldn’t be mentioned until the third episode, and the full story not explained until late in the first season. But the tale of an unwanted, unloved loser who reinvents himself on a whim as a titan of industry applies not only to Mad Men itself, but to what AMC did in putting the show on the air — and the impact that had on TV in general. Other shows had made this one possible, but Mad Men in many ways is the Patient Zero of Peak TV. Read the article at Uproxx.

Mad Men is an American period drama television series created by Matthew Weiner and produced by Lionsgate Television. The series premiered on July 19, 2007, on the cable network AMC. After seven seasons and 92 episodes, Mad Men’s final episode aired on May 17, 2015.

Mad Men is set primarily in the 1960’s, initially at the fictional Sterling Cooper advertising agency on Madison Avenue in New York City, and later at the newly created firm, Sterling Cooper Draper Pryce (later Sterling Cooper & Partners), located nearby in the Time-Life Building, at 1271 Sixth Avenue. According to the show’s pilot, the phrase “Mad men” was a slang term coined in the 1950s by advertisers working on Madison Avenue to refer to themselves… Read more at Wikipedia.