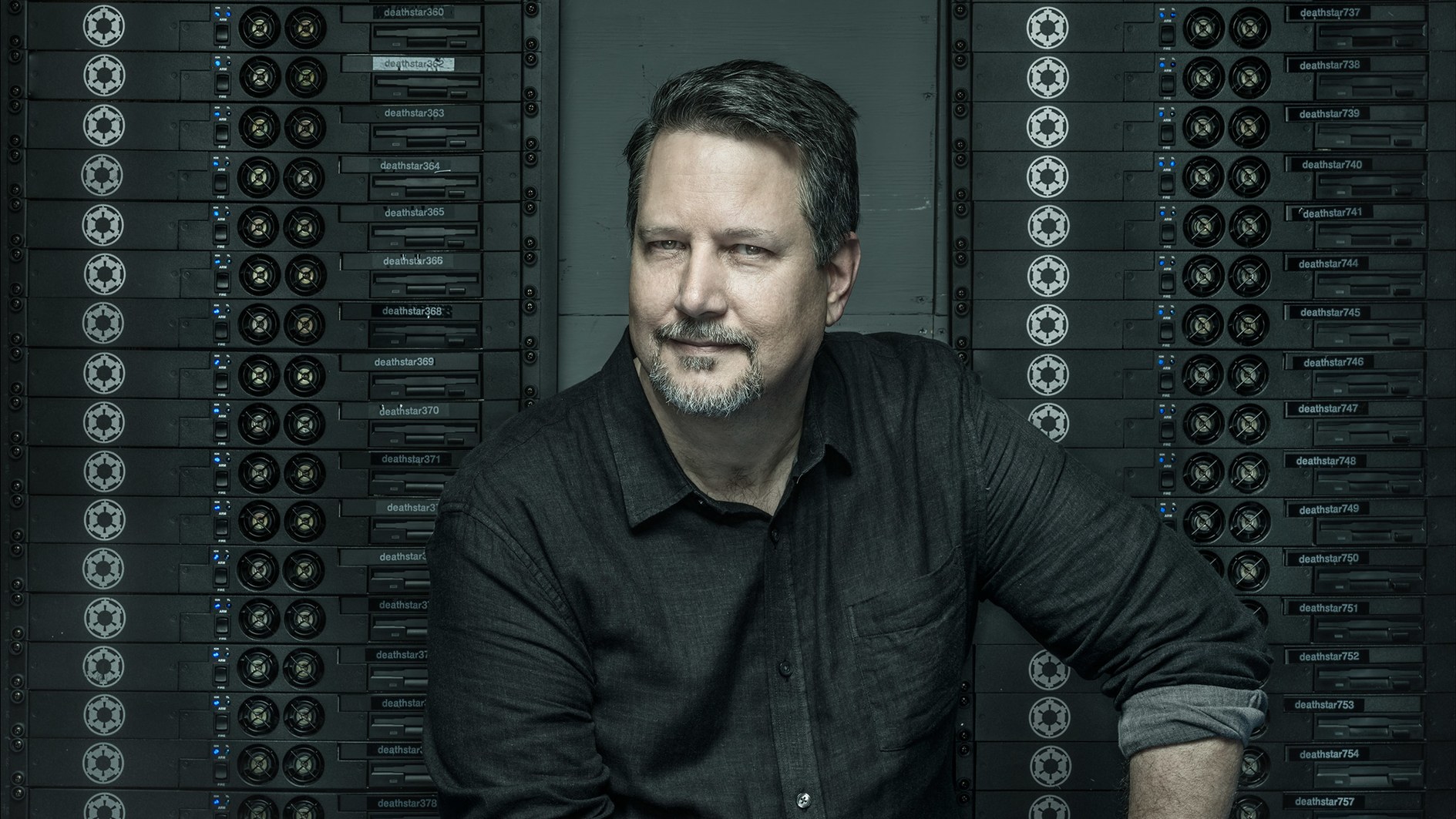 Meet John Knoll, the Creative Genius Who Brought Rogue One to Life. In one corner of John Knoll’s office at Lucasfilm stand three racks of imposing black computer servers. The sleek 6-foot-tall towers, complete with mechanical switches and fans, flash blue LEDs. Each bears the insignia of the Galactic Empire from Star Wars and a name—Death Star 748, Death Star 749. Imperial computers, these are.

As impressive and menacing as the machines appear, they aren’t real. They’re just faceplates wired with Arduino controllers to make the lights blink and flutter like actual computers. They are, in other words, visual effects—and a look into the mind of Knoll, the 54-year-old chief creative officer of Industrial Light & Magic, Lucasfilm’s famed VFX arm.

A museum’s worth of movie props and models decorate Lucasfilm’s labyrinthine halls—the flotsam of Star Wars, Star Trek, E.T. … a half century of iconic cinema. But Knoll’s servers (or, rather, faceplates) aren’t from a movie. They’re what made the movies. They come from the machines that spent roughly 13,000 hours rendering digital effects for the three Star Wars prequels, on which Knoll was a lead effects supervisor. The march of Moore’s law turned the server farm that created those movies into scrap. Or, for Knoll, a project…read the article on Wired.