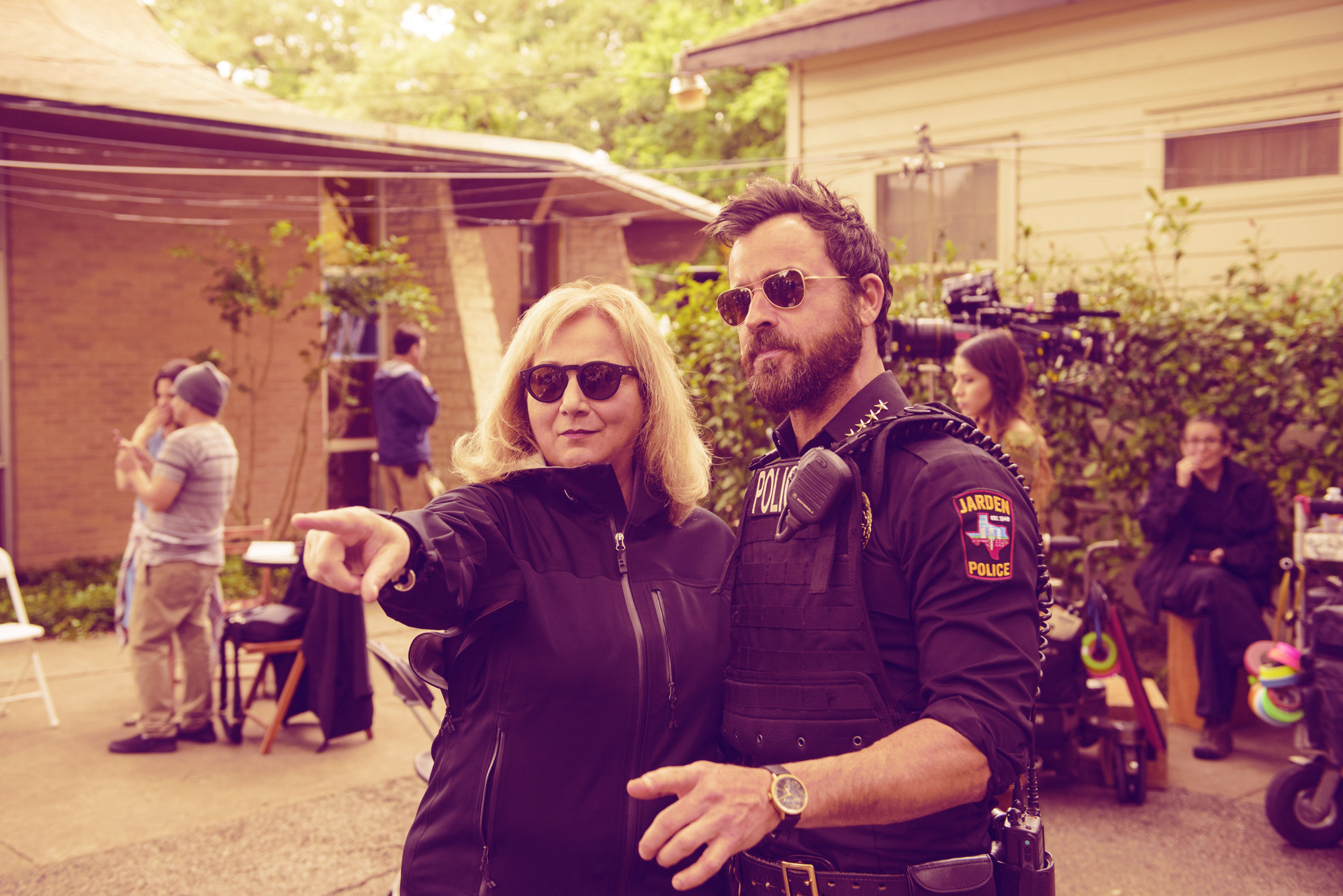 Mimi Leder Is the Best Director on Television

“Mimi Leder Is the Best Director on Television” according to Lindsay Zoladz. Just two years after Hollywood glory, the ‘Deep Impact’ director found herself struggling to get a movie made. But more recently, Leder’s vision has turned ‘The Leftovers’ into one of the most respected — and beautifully made — shows on TV. In 2017, that’s an upgrade.

La-di-da. The expression made famous by Annie Hall has been a saying of Mimi Leder’s ever since the morning of Monday, May 11, 1998. That’s when the weekend box office receipts for Deep Impact came in. The film, Leder’s second, had the biggest opening weekend ever for a movie directed by a woman. “Everybody was like, ‘Ahhhh!,’” she recalls. “And my assistant kept being like, ‘You’re so la-di-da about it.’”

It wasn’t that Leder didn’t care; she was just too busy to take a step back and consider how important a milestone the film’s $41.2 million opening was. “I didn’t really understand what a great impact that was in terms of box office for a woman director,” she tells me on the last morning of November, as we drink coffee at Little Dom’s in Los Feliz. “Because I look at myself as a director. I don’t make those comparisons.” Read the article on The Ringer.

Miriam “Mimi” Leder is an American film director and producer noted for her action films and use of special effects. She was the first female graduate of the AFI Conservatory in 1973.

Leder began her career as a script supervisor on a string of films, including Spawn of the Slithis (1978), Dummy (1979), The Boy Who Drank Too Much (1980), and A Long Way Home (1980), before moving on to the TV series Hill Street Blues (1981). After making a short film, Short Order Dreams, written and funded by her father Paul, she screened it for Steven Bochco, creator of Hill Street Blues, and his friend Gregory Hoblit who hired her to direct an episode of L.A. Law.

In 1988 Leder went on to direct episodes of Crime Story, The Bronx Zoo, Midnight Caller, before getting hired to direct several episodes of China Beach (1988–91) for which she was nominated for four Emmys. Read more on Wikipedia.