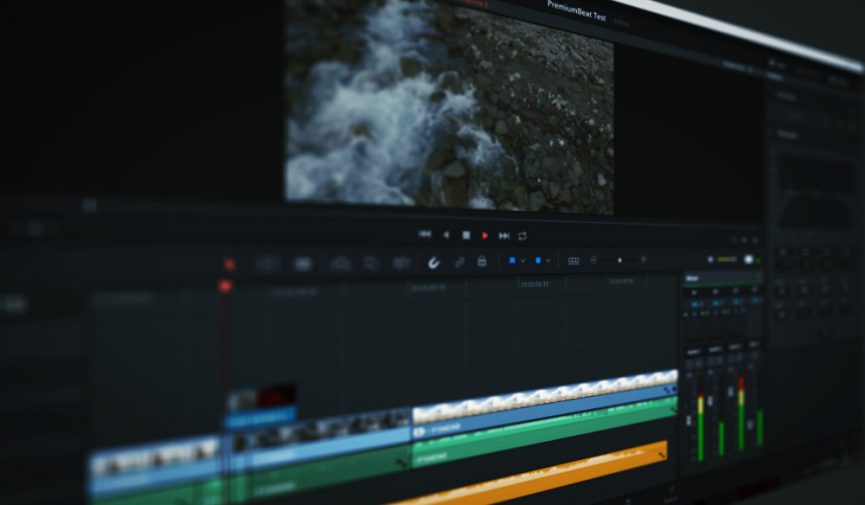 The new DaVinci Resolve 14 Fairlight Audio Page includes some great new features. But if you still need to control audio on the edit page, here’s how.

The Fairlight Audio page is undoubtedly one of the most exciting new features in the latest version of DaVinci Resolve 14. However, the audio controls on the edit page itself have also seen changes with a handful of new features. Let’s get up to speed so you can jump into the new version without confusion.

In DaVinci Resolve 14, this button is now above the viewer, next to the metadata button. For what reason? I’m not too sure. If you ever need to open the mixer panel, it’s more than likely going to be from working on the timeline and not the viewer, so now there’s extra mouse movement to open the panel. Further, there are still audio buttons above the timeline, so it’s not as if the designers of the UI were looking to conserve space. Read the article at Premium Beat.

Originally designed for Hollywood’s elite colorists, DaVinci Resolve 14 has been used on more feature films and TV shows than anything else because it lets you create images that are simply impossible with other tools. DaVinci is also the world’s fastest growing and most advanced editing software.

Now, with DaVinci Resolve 14, you get incredible new Fairlight audio tools specifically designed for film and television post production. It’s like getting 3 high end applications in one! All it takes is a single click to switch between editing, color correcting, audio mastering and delivery! Best of all, if you’re collaborating on a team, you can all work on the same project at the same time! DaVinci Resolve 14 is a revolution in post production. Read more at Black Magic Design.