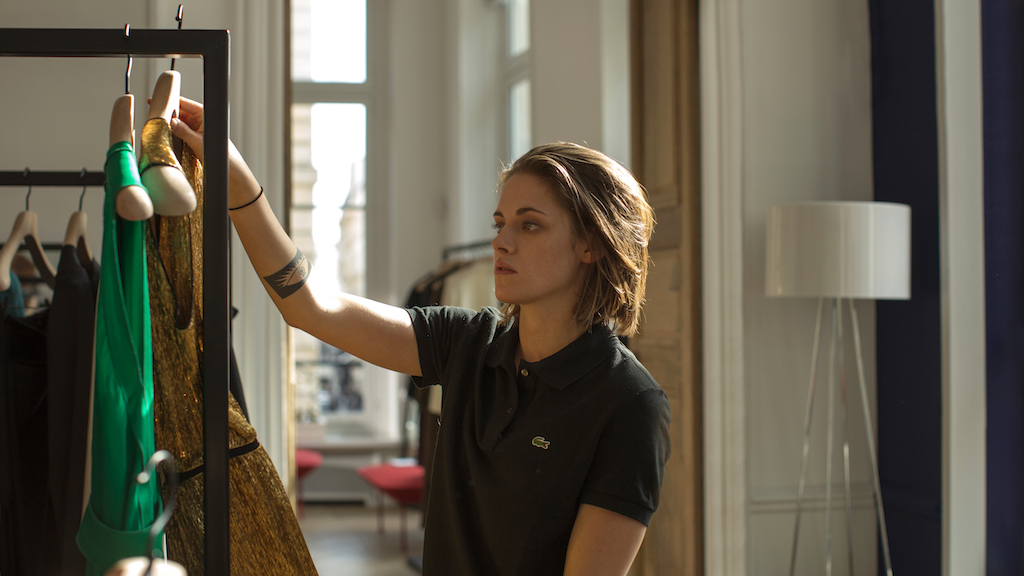 When I met Olivier Assayas in Paris during UniFrance, I could tell even from a distance where was he from. He was as French as only a Parisian could be, wearing a designed scarf with toned clothes and shoes. But when we started to talk, it turned out that I shouldn’t have judged a book by its cover. What made Assayas different from the other French filmmakers I’d had the chance to meet was his way of smiling all the time, even when we talked about very serious things, like spirituality and ghosts.

“I think that it’s important to understand, intuitively understand, what you are doing. But when you are doing it you must follow instinct. There has to be a certain level of risk, creating images, characters, emotions, it involves something a little brutal. You must be prepared to go in areas where you lose control.”

That’s what his latest film Personal Shopper is about. Kristen Stewart plays Maureen, a celebrity’s personal shopper who receives text messages of mysterious origin, possibly from her dead brother. Does this sound like a material for a shallow horror story? No way. Assayas manages to go under the surface, getting at the longings we all share these days when too concerned with materialistic needs. No doubt the psychological and philosophical aspects of this story are interesting, but what confirms his status as an original and gifted director is the way he mixes genres. With Personal Shopper Assayas gives the ghost story new life, and for this he won the Best Director Award (along with Cristian Mungiu for Graduation)at Cannes, where his film debuted last year. Read the interview at Fandor.