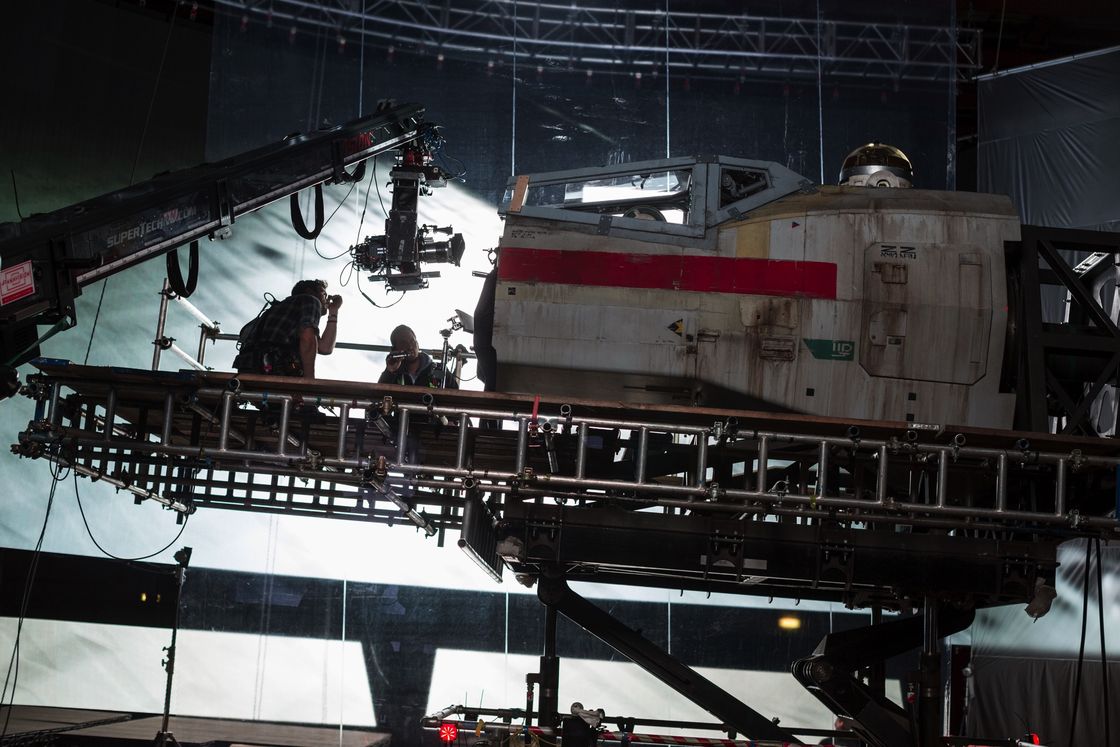 When Rogue One: A Star Wars Story hit theaters in 2016, a lot of the visual effects conversation centered on how the filmmakers digitally re-created actors Peter Cushing and Carrie Fisher to reprise the roles they played in the 1977 0riginal. While those effects are striking, there’s also another quiet revolution going on in visual effects, one that’s often just out of view.

That’s the way evolving technologies like virtual reality, augmented reality, and even interactive lighting are allowing filmmakers to tell fantastic stories in more realistic ways. With Rogue One, the challenge was to let director Gareth Edwards bring his handheld, documentary-influenced style of filmmaking to elaborate space battles and visual effects sequences. Rogue One strives for in-the-moment immediacy, but creating Star Wars action usually involves careful storyboarding and previsualizations instead.

Bryan Bishop sat down with Edwards and legendary visual effects supervisor John Knoll for two conversations about the ways technology as a tool is getting out of the way to let filmmakers do their most important job: tell a fascinating story. Read the interviews on The Verge.

In filmmaking, visual effects (VFX) are the processes by which imagery is created or manipulated outside the context of a live action shot.

Visual effects involve the integration of live-action footage and generated imagery to create environments which look realistic, but would be dangerous, expensive, impractical, or impossible to capture on film. Visual effects using computer-generated imagery have recently become accessible to the independent filmmaker with the introduction of affordable and easy-to-use animation and compositing software.

Visual effects are often integral to a movie’s story and appeal. Although most visual effects work is completed during post-production, it usually must be carefully planned and choreographed in pre-production and production. Visual effects primarily executed in Post-Production with the use of multiple tools and technologies such as graphic design, modeling, animation and similar software, while special effects such as explosions and car chases are made on set. A visual effects supervisor is usually involved with the production from an early stage to work closely with production and the film’s director design, guide and lead the teams required to achieve the desired effects. Read more about visual effects on Wikipedia.

Compositing is the combining of visual elements from separate sources into single images, often to create the illusion that all those elements are parts of the same scene. Live-action shooting for compositing is variously called “chroma key”, “blue screen”, “green screen” and other names. Today, most, though not all, compositing is achieved through digital image manipulation. Pre-digital compositing techniques, however, go back as far as the trick films of Georges Méliès in the late 19th century; and some are still in use. Read more about compositing on Wikipedia.

How To Make How-To Videos and Tutorials

How To Make How-To Videos and Tutorials