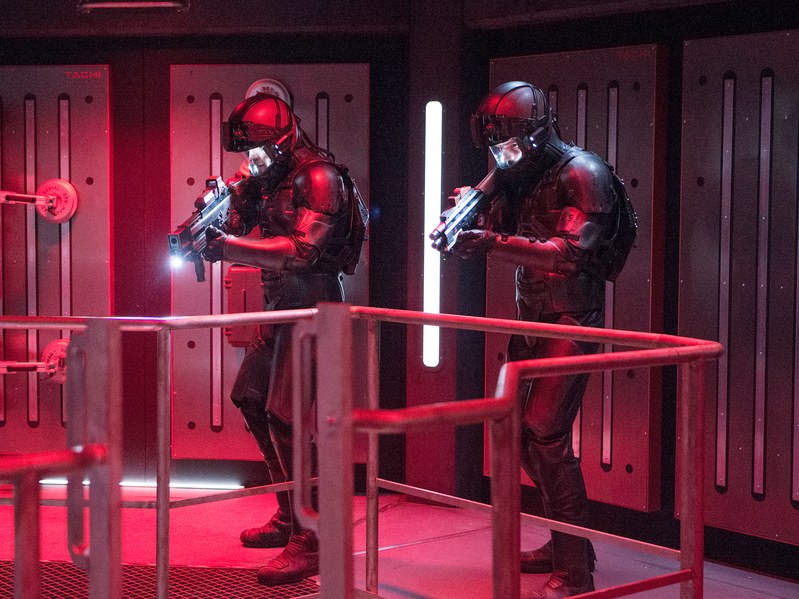 You already get a Star Wars movie every year. Star Trek is coming at you from at least two directions. A good chunk of the Marvel movies are basically space opera. Read why sci-fi novels are the new comic books for streaming TV.

Bigscreen fascination with science fiction and fantasy is nothing new—but now you can add the many flavors of TV network, from legacy broadcast to basic cable to streamers. Forget comic books; somehow, SF/F novels have become Hollywood’s hottest IP.

Some highlights of what may be on its way: Amazon is making Neal Stephenson’s Snow Crash and Larry Niven’s Ringworld, and a show based on Terry Pratchett and Neil Gaiman’s Good Omens is in production. Universal is doing Hugh Howey’s Sand, Maggie Stiefvater’s Raven series, Kurt Vonnegut Jr.’s Sirens of Titan (with Community genius Dan Harmon at the helm), and Roger Zelazny’s Lord of Light, a.k.a. the movie that the CIA pretended to be making when they rescued American diplomats from Iran—a story that was itself the basis for the movie Argo. Done yet? Nope! HBO is making Nnedi Okorafor’s Who Fears Death? Netflix is making JG Ballard’s Hello America and Daniel Suarez’s Change Agent. And Lionsgate is making Patrick Rothfuss’ Kingkiller Chronicle series. Read the article at Wired.

Science fiction (SF or sci-fi) is a genre of speculative fiction, typically dealing with imaginative concepts such as futuristic science and technology, space travel, time travel, faster than light travel, parallel universes, and extraterrestrial life. Science fiction often explores the potential consequences of scientific and other innovations, and has been called a “literature of ideas”. It usually avoids the supernatural, and unlike the related genre of fantasy, historically, science-fiction stories were intended to have a grounding in science-based fact or theory at the time the story was created, but this connection is now limited to hard science fiction. Read more at Wikipedia.