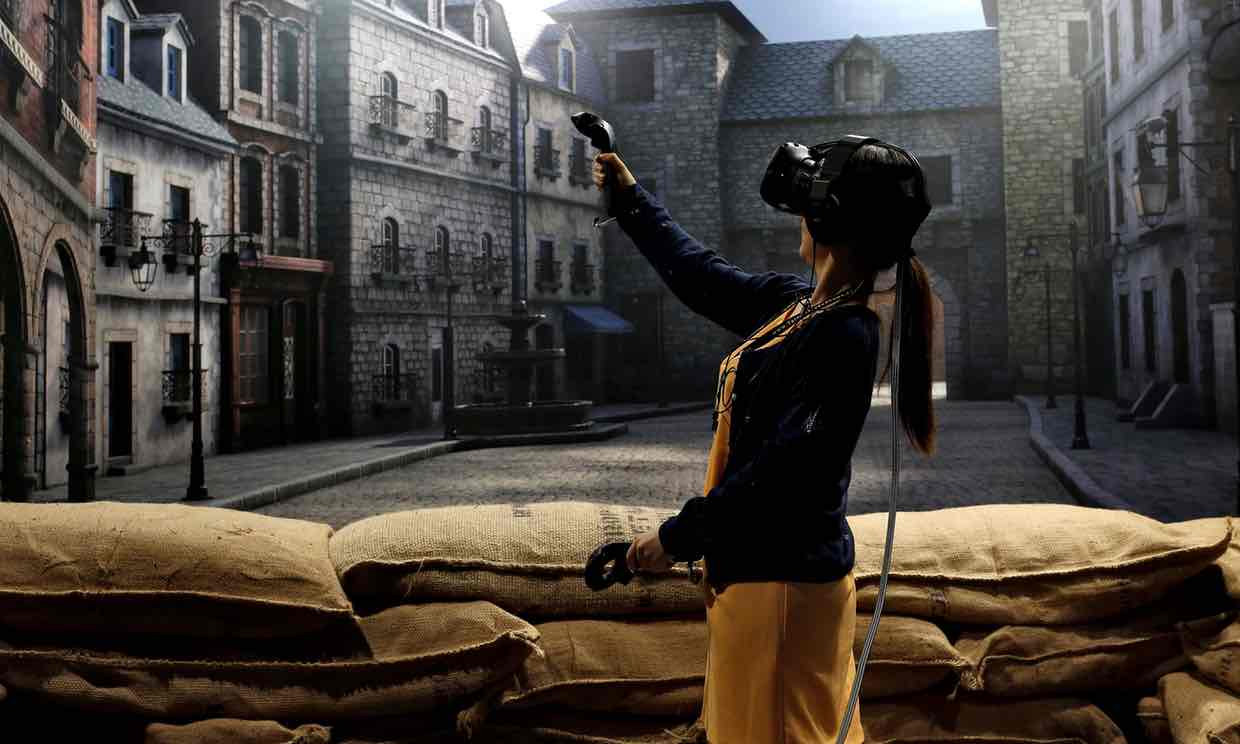 Nicky Woolf looks into companies using old-school techniques to help everyday consumers get to grips with the complexity of a new technology in “Virtual Reality Firms Revive Video Arcades as They Aim for the Mainstream”. Creators say that VR is an emerging medium, and that exploring its creative potential is much like the early days of cinema.

Above me is the Hillary Step, a sheer vertical face of rock about 12 metres high on the south-east ridge of Mount Everest. In a brisk breeze, snow eddies around my boots. I reach out my thickly gloved hand to connect a carabiner to a rope to pull myself up the rock wall.

In reality, of course, I’m not scaling the world’s tallest mountain but strapped to a machine in a stuffy, darkened room in a Los Angeles convention centre. This is Everest VR, a virtual reality experience on HTC’s Vive which, along with Facebook’s Oculus Rift headset, is one of the top-end VR devices available. The Everest app was stitched together from more than 300,000 photographs and while linear in structure, it’s not really a game – more a showcase for the hardware –it is captivating.

At Vive’s ivy-coated offices in San Francisco’s Mission district, there’s a feeling among developers that VR stands on the edge of a boom. Its following among video gamers is already very established. However, it’s still early days for more mainstream consumers who will need to get to grips with the expense and complexity of a new technology if they want to give it a try. Read more on The Guardian.