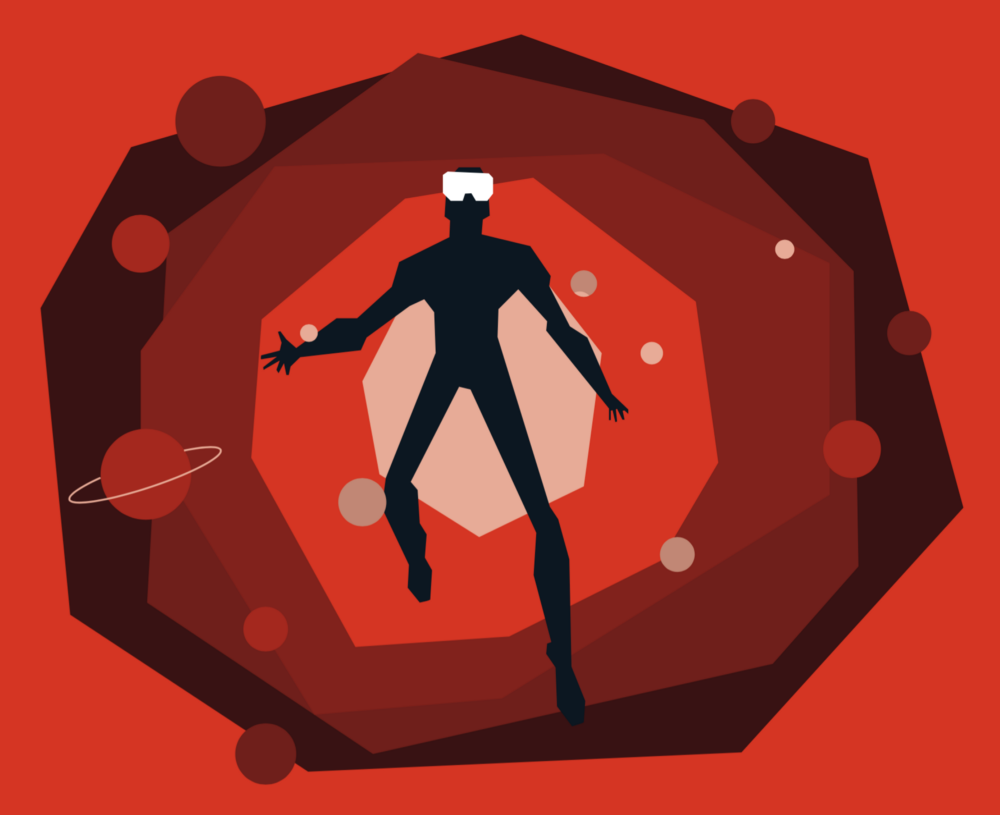 As a virtual reality enthusiast, Jason Roberts is eager to learn more about this emerging and potentially game-changing industry. In December 2016, he attended “The No Bullshit Reasons Why VR is Changing The World as We Know It.” The following is a retelling of the virtual reality event from his perspective.

Nicolás Alcalá, CEO of Future Lighthouse, is the guest speaker. He has a relaxed yet enthusiastic energy about him. His face is covered in a thick winter beard. His attire, like his attitude, is casual yet colorful.

The presentation begins with a clip from Mad Men. In it, a dapper Don Draper presents to Kodak executives a new advertising campaign. The product is a slide projector, which Draper dubs ‘The Carousel.’ He eloquently uses story telling to captivate his audience. It’s a moving 3 minutes of film.

Like Don Draper, Nicolás is an emotional story teller. In his words, “Stories define us as humans. They spark connections.” Great products are “like magic” in that they make the impossible “seamless and easy.”

Today we have apps like Instagram and Snapchat, which continue the evolution of story telling in the digital age. Humans love sharing their stories with the world. According to Nicolás, the “next 10 years will be like science fiction.”

“Talking about VR is like dancing about architecture. Nothing we could say would explain how you feel when you first try it. It’s a true jump into the void. A door to a new dimension.”

The future is one of exponential technological growth. Reality as we know it will be subject to great change in the coming years. Nicolás’s future includes a harmonious integration of technology and humanity. Read the in-depth article on Virtual Reality Pop.

Artificial intelligence (AI) is intelligence exhibited by machines. In computer science, the field of AI research defines itself as the study of “intelligent agents”: any device that perceives its environment and takes actions that maximize its chance of success at some goal. Colloquially, the term “artificial intelligence” is applied when a machine mimics “cognitive” functions that humans associate with other human minds, such as “learning” and “problem solving” (known as Machine Learning). Read more on Wikipedia.