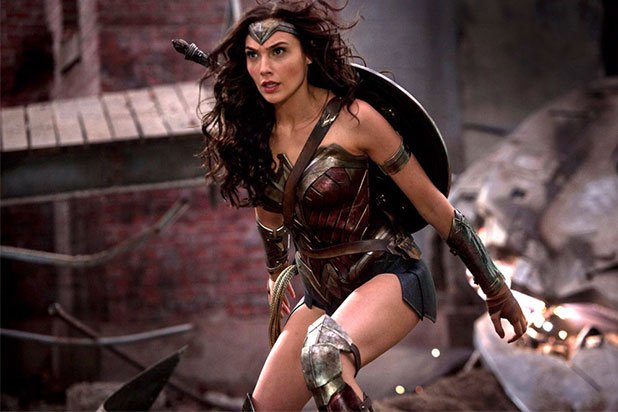 “This will inspire a new generation of mothers and daughters — especially those aspiring to break into the film business,” box office analyst tells The Wrap for “What Wonder Woman Means for Women in Hollywood”.

Patty Jenkins’ “Wonder Woman” made history: With an opening weekend gross of $103.3 million, the Warner Bros./DC Films release had the biggest opening for a female-directed movie ever. But a female-led action blockbuster is unlikely to spark a revolution in studio decision-making anytime soon, Hollywood insiders tell The Wrap.

“It’s an enormous step forward over all,” Cathy Schulman, president of Women in Film and former STX production head, told The Wrap. “When I became president of WIF seven years ago, I literally couldn’t even get a story about the gender problems in Hollywood printed… and now, this movie has been an incredible example of a movement — a movement that’s working.” Read the article at The Wrap.

Patricia Lea “Patty” Jenkins is an American film director and screenwriter. Jenkins wrote and directed the 2003 crime drama film Monster about serial killer Aileen Wuornos, a former prostitute who was executed in Florida in 2002 for killing six men in the late 1980s and early 1990s.

In 2011 she directed the made for television film Five. In October 2011, she was hired to direct the sequel to Thor but was dismissed after less than two months over creative differences. In 2015, Jenkins signed on as director for the DC Extended Universe film, Wonder Woman, with a screenplay by Allan Heinberg and a story co-written by Heinberg, Zack Snyder, and Jason Fuchs. Wonder Woman premiered in 2017 and gave Jenkins the biggest domestic opening of all-time for a female director (surpassing previous record holder Fifty Shades of Grey). With this film, Jenkins also became the first female director of a studio superhero movie. Read more at Wikipedia.