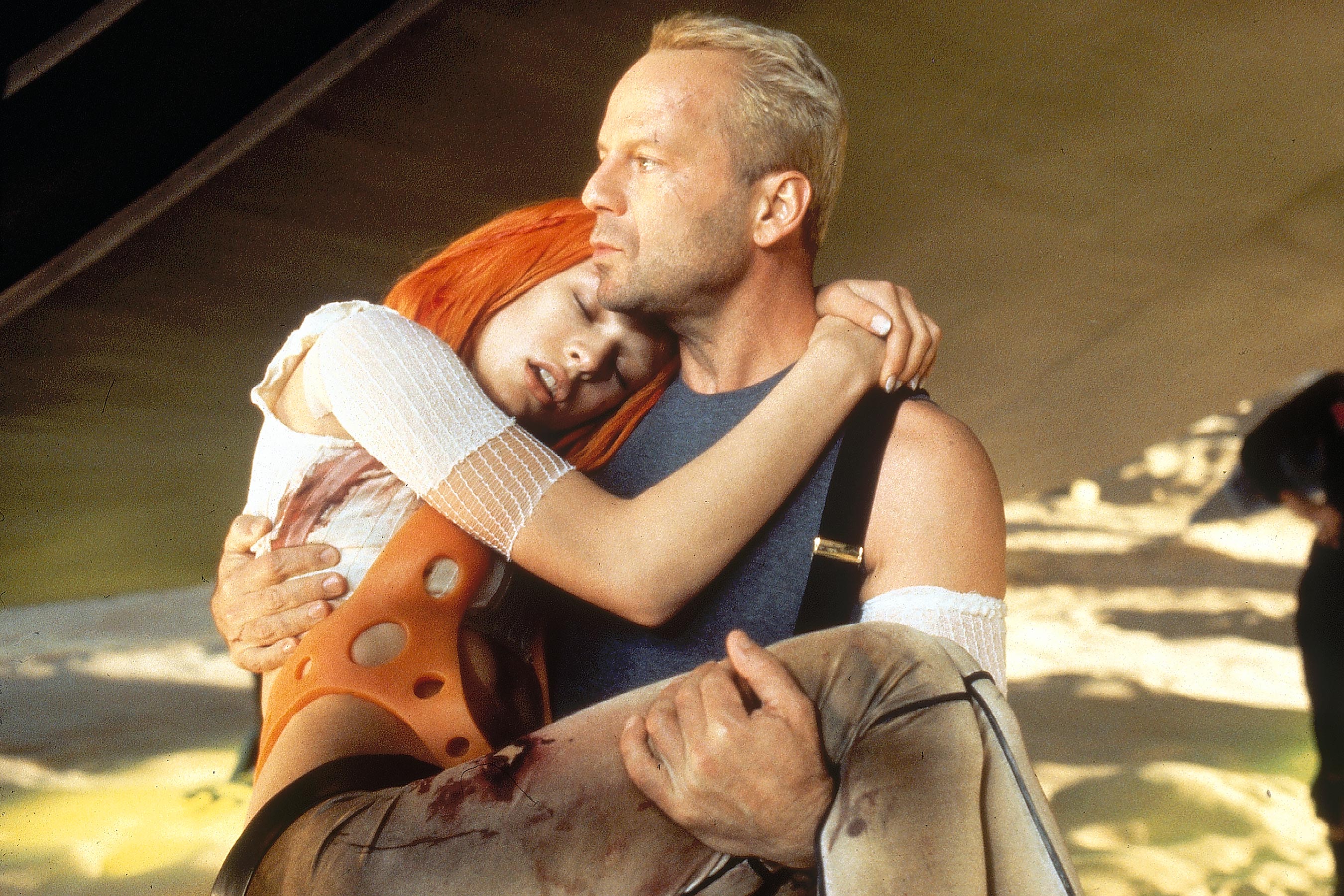 Twenty years ago, Besson blew the doors off cinema with his 23rd-century thriller “Fifth Element” about a flying-cab driver, an alien beauty, and a quest to save the world. Fifth Element stars Bruce Willis, Chris Tucker, Milla Jovovich, and more look back for the film’s anniversary in “There Will Never Be Another Fifth Element”.

By his mid-30s, director Luc Besson had earned a reputation for art-house hits like The Big Blue and La Femme Nikita, and even made inroads in Hollywood with the Jean Reno/Natalie Portman thriller The Professional. But he’d never attempted anything in the realm of big-budget sci-fi — even though The Fifth Element was in many ways his first love, dreamed up when he was still a teenager: the fantastical tale of a taciturn New York cabbie-turned-guardian of the galaxy; a beautiful, inscrutable Supreme Being; and one very special set of stones. Read the article at Entertainment Weekly.

The Fifth Element is a 1997 English-language French science-fiction action film directed and co-written by Luc Besson. It stars Bruce Willis, Gary Oldman and Milla Jovovich. Primarily set in the 23rd century, the film’s central plot involves the survival of planet Earth, which becomes the responsibility of Korben Dallas (Willis), a taxicab driver and former special forces major, after a young woman (Jovovich) falls into his cab. Dallas joins forces with her to recover four mystical stones essential for the defence of Earth against an impending attack.

Besson started writing the story that became The Fifth Element when he was 16 years old; he was 38 when the film opened in cinemas. Read more at Wikipedia.