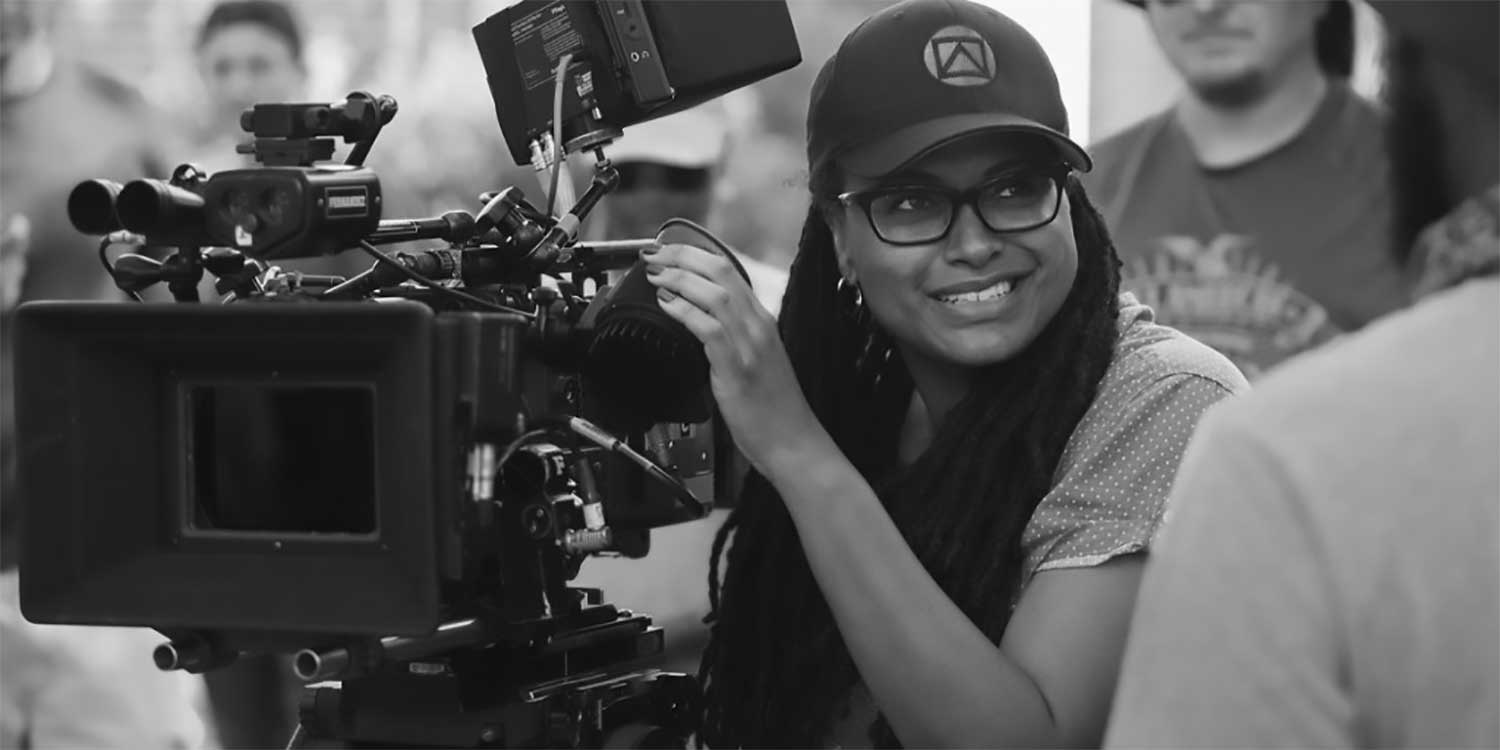 Behind every great female-directed film is a female director. It’s time to make them iconic. Isabel Stevens follows up the October 2015 issue of Sight & Sound, which resurrects and celebrates 100 overlooked films directed by women. It includes contributions by many filmmakers, Agnès Varda, Claire Denis and Jane Campion among them. Stevens introduces an incredible photographic history of women behind the camera in “Women With a Movie Camera”.

It was born from the desire to show the diverse range of great films made by women through history, so many of which are unduly obscured and under-seen. But what about the makers of these films themselves? How visible are they?

Think of the many iconic images of film directors – those myth-making pictures that let you peer behind the illusion to see the artist at work. What comes to mind? Orson Welles illuminated by a shard of light? Hitchcock holding a replica of his own head? Ingmar Bergman with his viewfinder? Spike Lee with his confrontational gaze eyeballing us? Kubrick, next to his camera, with that possessed look in his eyes? A skinny Scorsese peeking from behind De Niro in Raging Bull? Coppola standing over Brando’s Godfather? Godard (or indeed Wong Kar-wai) looking elusive in sunglasses?

What about Varda standing on someone’s back to film her first feature La Pointe-courte? Euzhan Palcy talking with Brando on the set of A Dry White Season? Barbara Kopple covered in mud filming Harlan County U.S.A.? Lois Weber surrounded by her male crew? Shirley Clarke on the streets of Harlem? Edith Calmar presiding over the set of Norway’s first film noir? Ida Lupino ordering actors on set of her noir thriller The Hitch-hiker? See the complete article on BFI.

Women in film describes the role of women as film directors, actresses, cinematographers, film producers, film critics, and other film industry professions. The work of women film scholars, including feminist film theorists is also described. Women are statistically underrepresented in creative positions in the center of the US film industry, Hollywood.

This under-representation has been called the “celluloid ceiling“, a variant on the employment discrimination term “glass ceiling”. In 2013, the “…top-paid actors…made 2½ times as much money as the top-paid actresses.” “Older (male) actors make more than their female equals” in age, with “female movie stars making the most money on average per film at age 34, while male stars earn the most at 51.” Read more on Wikipedia.