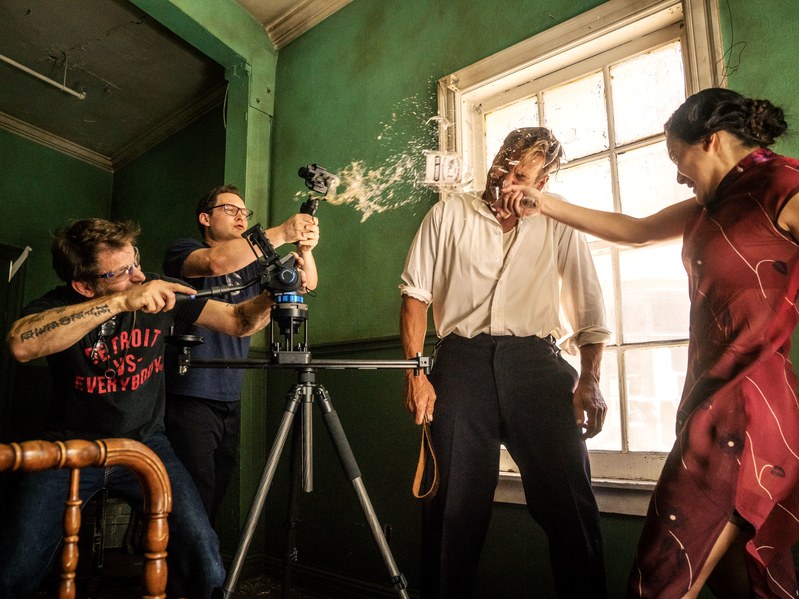 Six months ago, in the face of tragedy, Zack Snyder stepped away from the upcoming Justice League movie. What’s Snyder been doing since he left Justice League…? Making an iPhone film.

While the director and his wife dealt with the death of their 20-year-old daughter, Autumn, Joss Whedon stepped in to finish the film—and changed the conversation around Justice League considerably. Almost immediately, questions of how this one movie would perform shifted to speculation about how Snyder’s departure would affect DC Entertainment’s overall cinematic future (and how the arrival of Whedon—previously a Marvel man—might do the same). What was never asked, and never announced, was what Zack Snyder would do next. Read more at Wired.

Zachary Edward “Zack” Snyder is an American filmmaker, best known for his action, superhero, and science fiction films. Snyder made his feature film debut with the 2004 remake of the horror film Dawn of the Dead. Since then, he has done a number of comic book and superhero films, including 300 (2007) and Watchmen (2009), as well as the Superman film that started the DC Extended Universe, Man of Steel (2013) and its follow-ups, Batman v Superman: Dawn of Justice (2016) and Justice League (2017). He also co-wrote the screenplays for 300, Sucker Punch and 300: Rise of an Empire. Read more at Wikipedia.

Related to Making an iPhone Film